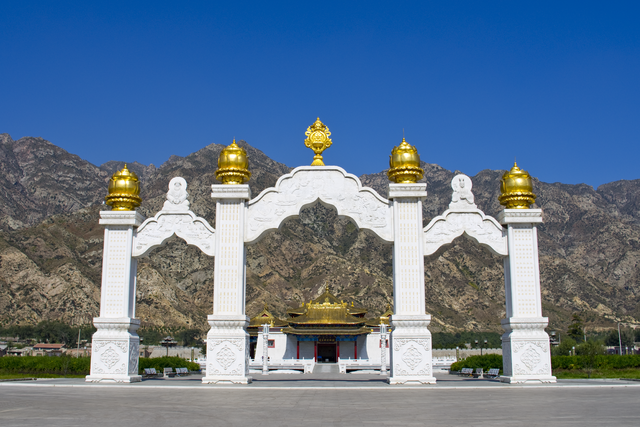 Mongolia-the only remembrance we have of Mongolia is the history books in school days-right? We have read about Genghis Khan, who was said to have founded the Mongolia and that he was a fearless warrior. That’s it; we usually don’t hear more about this small country, neither in travelogues nor in print media. It seems no one ever visits this country as if it has fewer attractions to any kind of traveler.

However, Mongolia does have something to attract the kind of travelers who have a love for sheer wilderness and people who would love to host you. Both the above qualities it make me dream of holidaying there at least once in my lifetime. 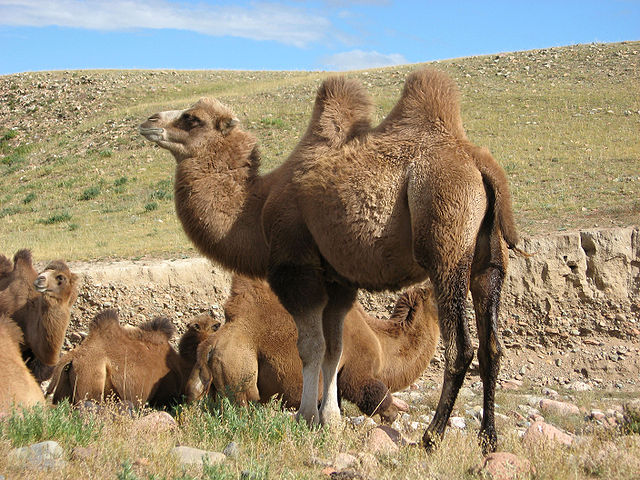 It is a country sandwiched between Russia and China.

Ulaanbaatar is the capital of Mongolia. I sincerely tried to pronounce the word without a mistake for a few times but I got it all wrong. The city is a mix of western and Mongol culture. The night life in the capital is said to be boisterous. 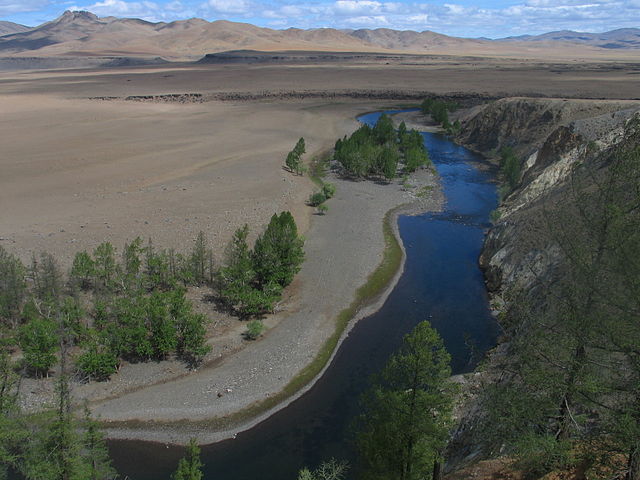 The capital of Mongolia is connected by the famous trans-Mongolian Express that runs between Moscow and Beijing. The distance covered is some 2500 KMs from Moscow. This long trans-continental train journey must be exciting. The train when it passes through the Gobi desert forces the travelers out with their cameras. The train is said to have several classes with all the facilities like inter-continental food and drinks.

What you should know about Mongolia, its food and travel attractions?

Mongolia is not an easy place to travel and that’s why it puts off many travelers. The terrain is rugged and throws up a vast area of emptiness. The mammoth wilderness extending to miles and miles without anyone in sight can be certainly scary and eerie.

Though the country is reported to have some sort of modernity, I would say it still resembles the ancient times that it had witnessed.

The location between the two red nations makes it favor communism more than its natural Buddhism.

The country not thickly populated. It has mixed religion consisting of Islam, Buddhism, and Christianity. 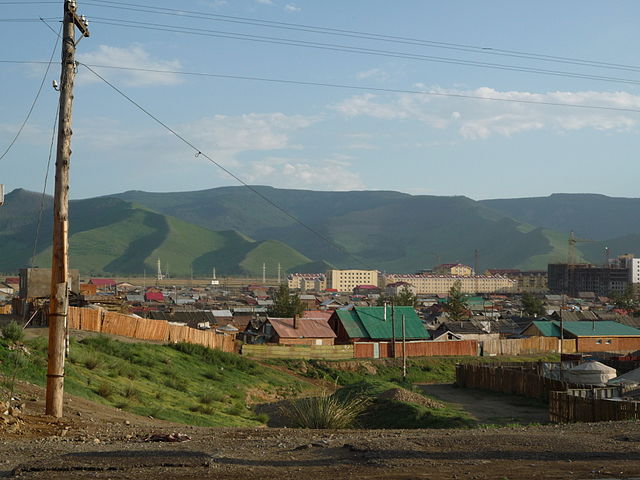 Since its foundation by Genghis Khan in the 13th century, there is not much development as compared to the modern world and hence, the ancient nomadic culture is still prevalent in Mongolia.

I think it is this nomadic culture made the citizens of Mongolia be very hospitable.

Well, don’t visualize anything bizarre or gorgeous when you read the word ‘attractions’. Just have an open mind before virtually touring this country.
As I have mentioned here, Mongolia throws up great vistas of wilderness, rugged mountains and a desert.

One look at the country images on the Internet and you would be stupefied by the unspoiled natural beauty.

Apart from the capital city of Ulaanbaatar, you don’t find roads like in any other country. This might shock you but if you really are of a unique traveler type, you would appreciate the rustic beauty of it.

Yes, Mongolia is wild and untamed, and so beautiful. 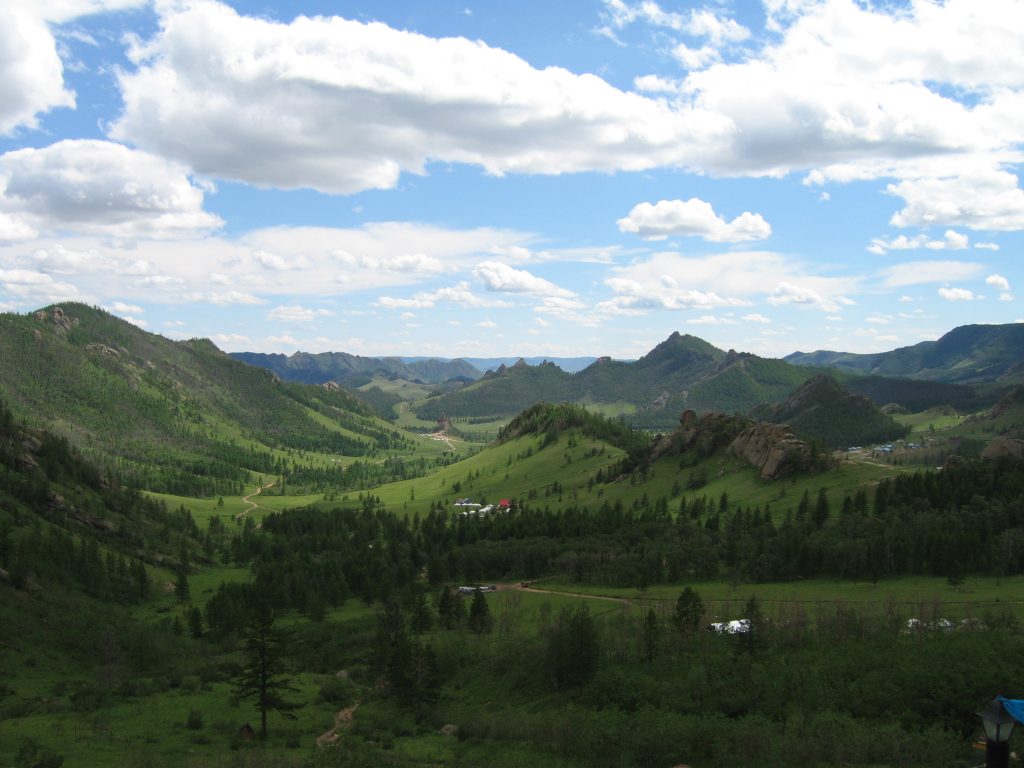 Look at the image below. Isn’t it a unique tent-like structure? I would say it is a tent really. The natives of Mongol nomads put up these Gers on the wilderness and as a traveler, you can stay with them.

Driving through it is truly exciting and scary too as, driving through deserts for days and days, you are unlikely to witness any kind of activities only to find the Gers dotting the emptiness. 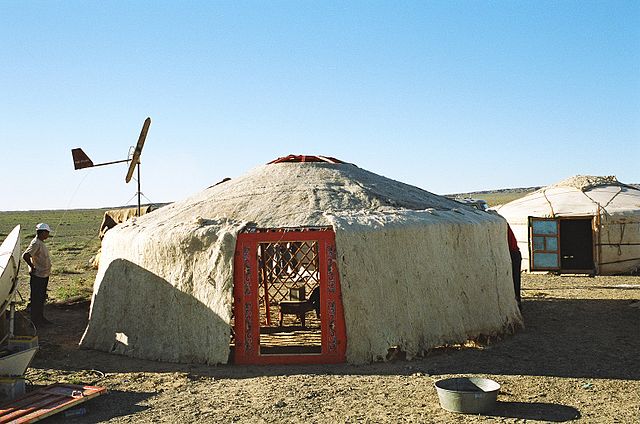 You’ll need to carry everything you need. 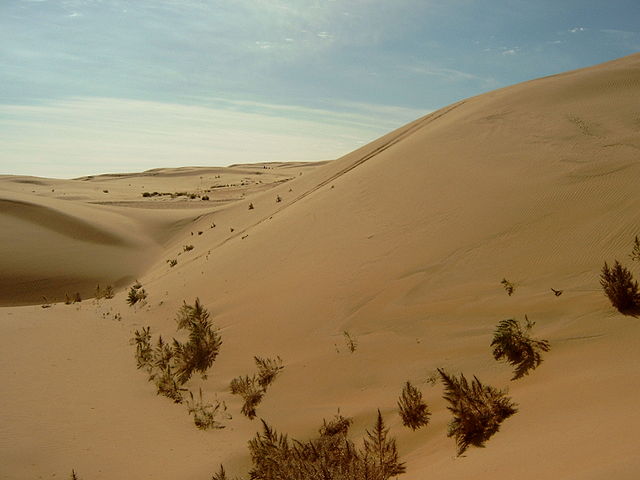 It is one of the most beautiful landscapes that I always wanted to see. Deserts thrill me beyond explanation. The Gobi Desert is certainly a spectacular place, with rolling sand dunes. The camels can be seen lazing away around the Gers.

This is one of the UNESCO World Heritage Sites. The Orkhon Valley should definitely be on your list of places to visit in Mongolia. The beautiful green valley is located in central Mongolia, southeast of Ulaanbaatar. The landscape also houses several architectural ruins of the 6th century. The ruins of Genghis Khan’s capital Kharkhorin is also situated in the Orkhon Valley.

Gorkhi-Terelj National Park is truly an adventure lovers’ paradise. The travelers go around this spectacular park on horseback or on camels.

The Dark Blue Pearl describes the freshwater Lake Khövsgöl. Unfortunately, it frozen for the most part of the year. The scenery surrounding the park is breathtaking with rolling hills, tall pine tree forests. If you are lucky, you can spot a few wildlife such as yaks and ibexes. 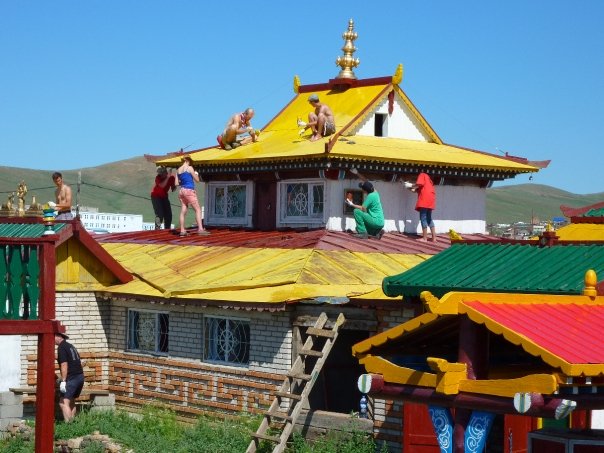 As Buddhism is the main religion in this country, one can find several ancient Buddhist monasteries all over Mongolia. Some of the notable monasteries include Erdene Zuu Monastery, built in 1586 is located at the top of a hill. The scenic beauty attracts visitors to Mongolia.

The other famous monastery is Amarbayasgalant Monastery that contains 28 temples. Snuggled in the Ivon Gol River Valley it offers a lovely sight of the verdant and hilly landscape.

The food in Mongolia

Oh, the food in Mongolia will force the vegetarians away from visiting it. The dried camel meat is the main course. They also eat something called Aaruul, a sort of dried curd.

Hey, don’t be put off. Such foods exist in the deserts only. However, in Ulaanbaatar, you can grab food from Korea, China and even SriLanka. It is surprising to find the SriLankan food in such a remote country.

So, that’s about a brief about exotic Mongolia. I am sure there is more to see in Mongolia than what is written above. If you travel to Mongolia, please share your travel experience by commenting on this blog post. It will be useful to future travelers to Mongolia.