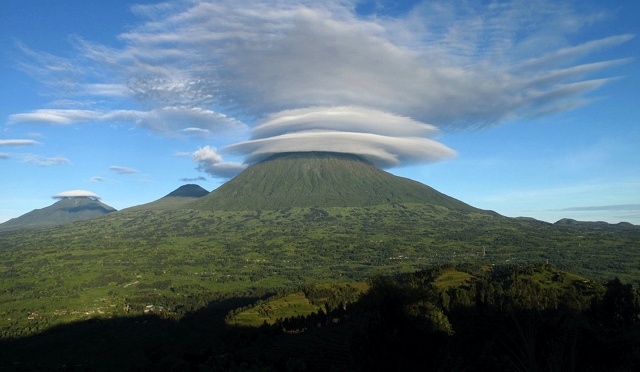 What can you do in Volcanoes National Park Rwanda? and  Where can you go Gorilla Trekking?

We all have heard and read about national parks in all parts of the world that are famous for:

This is the first time I am hearing about a national; park that is popular for volcanoes! Imagine a national park comprising 160 sq.km area, hosts as many as eight volcanoes!

What can you do in Volcanoes National Park Rwanda?

All these five volcanoes are situated in the Virunga Mountain range.

There are three more volcanoes in the Volcanoes National Park Rwanda but they are not part of the Virunga Mountain range.

Where is Rwanda located? 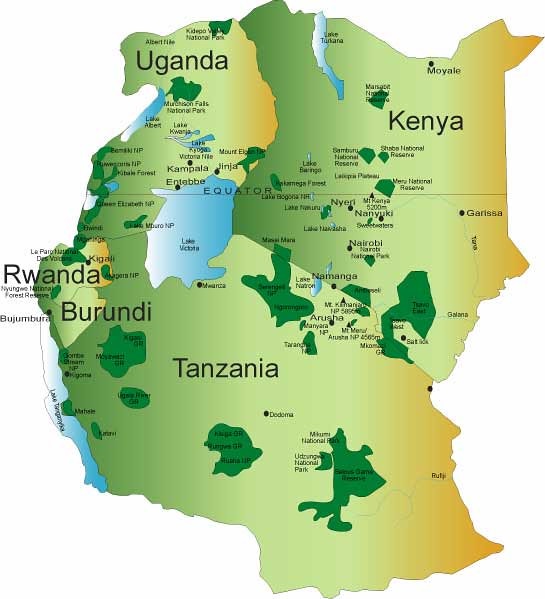 That colorful map shows where Rwanda is located. It is a very small African country, mountainous and of course volcanic.

Rwanda is earning large amounts of foreign currency due to developing tourism. Birds of more than 600 species are recorded in Rwanda. Like any African country, Rwanda too has its own game reserves where you can spot a wild animal called Topi. 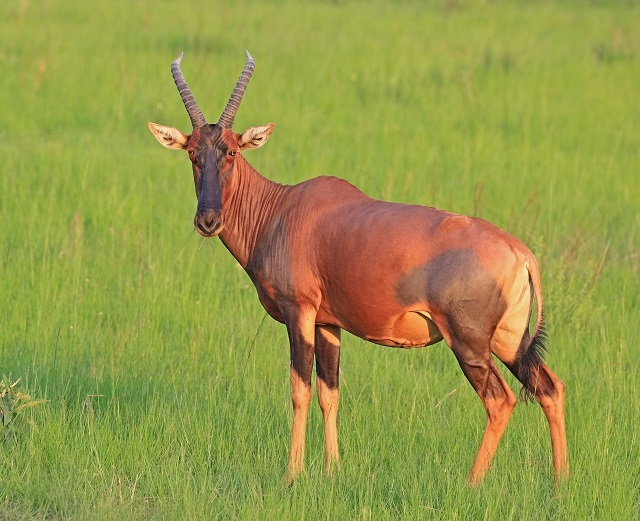 There are countless lakes in Rwanda thus making the country very attractive to tourists who are fascinated by the African wildlife and diverse landscape.

The Equator is close to Rwanda that shares its borders with several central African countries that include:

What can you see and do in Volcanoes National Park Rwanda? 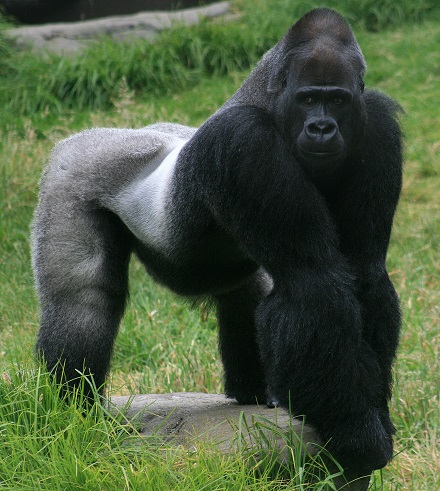 Gorilla trekking simply means encountering the giant monkeys while trekking on the volcanic mountains in Rwanda.

Rwanda is the only country in the world next to Uganda that offers Gorilla trekking. You can find several Gorilla safari operators in Rwanda and Burundi.

Accompanied by experienced forest rangers, you can really see Gorillas at close ranges, almost from a smelling distance of the great apes..

I wonder whether the chimpanzees also live alongside Gorillas!

Remember, the permit to go Gorilla trekking is quite expensive but you are paying for a good cause.

Golden Monkeys also belong to the apes’ category of primates and they almost look similar to a Gorilla. However, the color difference between the two apes is distinct.

Look at video below to watch the Golden Monkey.

During your tour of the five volcanoes in Rwanda, you cannot miss the Golden Monkeys at the foothills of Sabyinyo volcano. 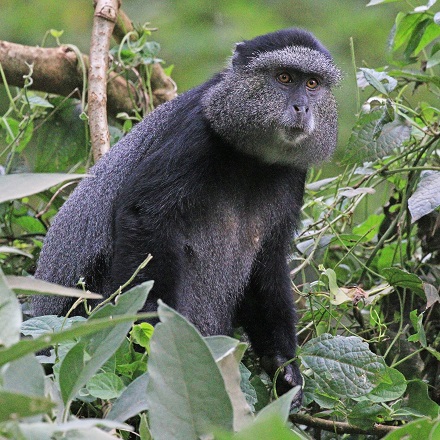 Well, though it is nowhere near blue color, the silver-grey almost resembles blue under certain light conditions and among certain trees and bushes where the celebrated blue monkeys of Volcanoes National Park are found eating copiously.

I think the image below of a blue monkey can justify its name to some extent. 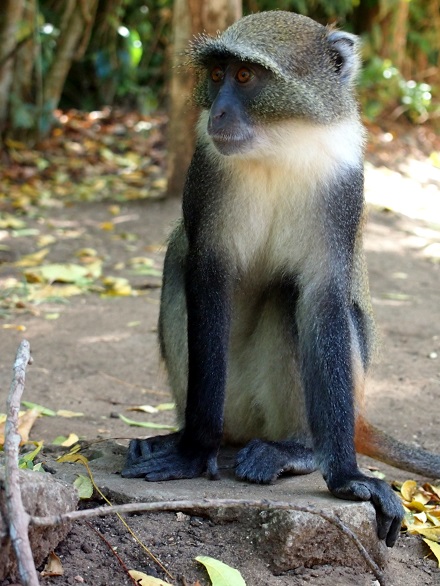 Both the Golden Monkeys and the Blue Monkeys are endemic to the Volcanoes National Park, Rwanda.

You are in Africa, buddy; it is the land of limitless wildlife viewing. Of all the Rainforest animals, monkeys give us the ultimate fun. Watching them eating just about anything green, fearlessly throwing themselves on thin branches of adjoining trees such as bamboo, their calls of cacophony will engage us thoroughly. Only when we leave them to lead their life in the African forests, we will realize we have been smiling all the time when we were watching the apes.

The birds of Africa are the true exotic birds. Of course, I should rank the birds of the Amazon rainforest at the top of the list of best places to watch exotic birds in the world.

In Volcanoes National Park, there are nearly one hundred species of birds of which, I mention some of them below mainly to lure you to extend your Rwanda stay for a day more.

The birds are happy to present themselves to you in and around the Virunga Mountains range and the Rwenzori mountain range. 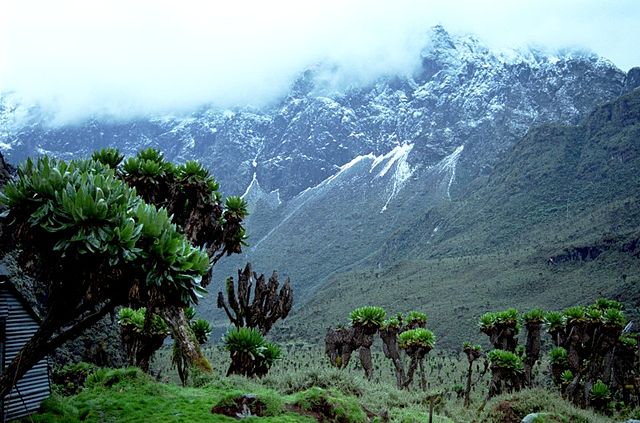 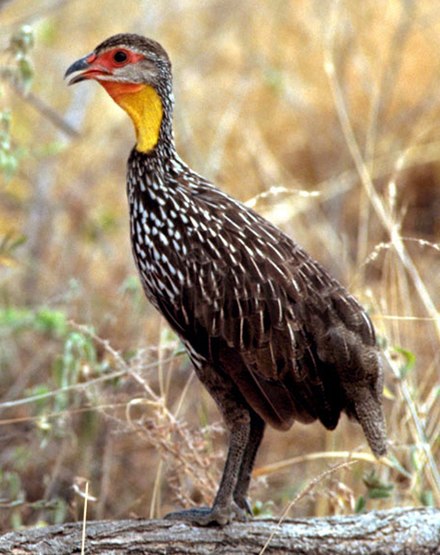 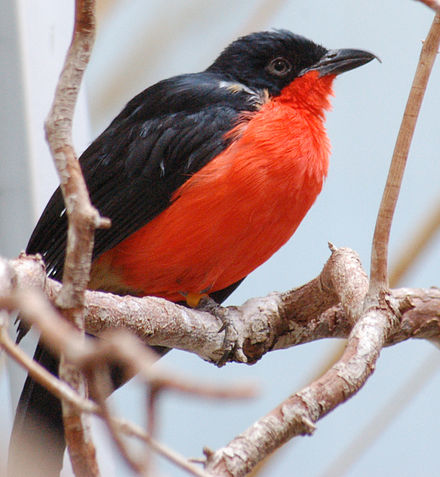 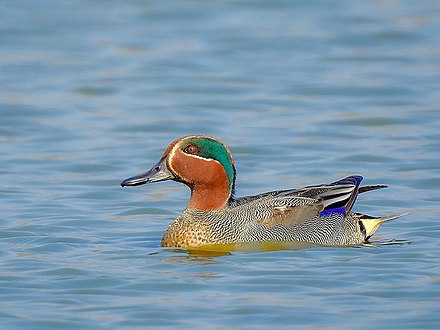 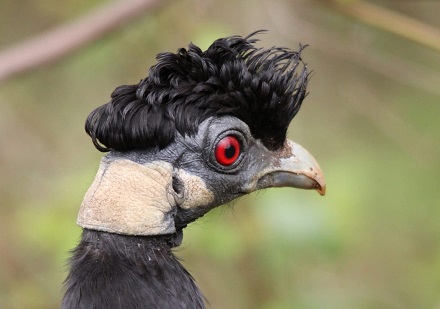 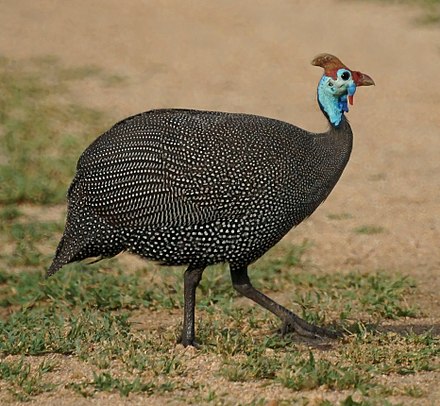 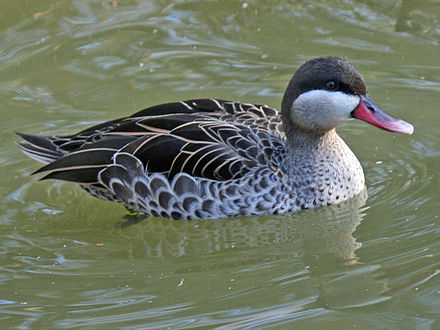 The capital of Rwanda is Kigali. From here, you need to drive for two hours to reach the Volcanoes National Park. The distance is just above 100 km.

How to reach Rwanda?

Where to stay in Volcanoes National Park Rwanda?

Try to book your stay in either Virunga Lodge or Gorilla Nest. Both have received positive reviews.

I stumbled onto a few organized Gorilla safari operators in Rwanda and Uganda. Join a gang of Gorilla trekkers and enjoy spotting the majestic ape and the myriad birds and sounds of the Rainforest.

Normally, extinct volcanoes offer wonderful opportunities to hikers to see the crater at the top and the very rare flora that survives even the volcanic eruptions.

The number one volcano in the Volcanoes National Park is the Bisoke Mountain. This is the most actively hiked volcano in Rwanda in spite of the fact that it takes nearly fours to reach the crater.

Hiking to Karisimbi volcano must take a much longer time to climb as it is peak stand at nearly 15,000 feet!

Do you like to enter the caves? I don’t as I am claustrophobic.

This is one of the adventures of Volcanoes National Park, Rwanda.

I hope the volcanoes, gorillas and the birds of Volcanoes National Park Rwanda enchant you. Next week, we will visit Nyungwe Forest National Park, another exciting African forest in Rwanda.