Home Adventure TravelFood Travel What Bizarre and Strange Foods You Can Eat in Japan?
Food Travel

What Bizarre and Strange Foods You Can Eat in Japan? 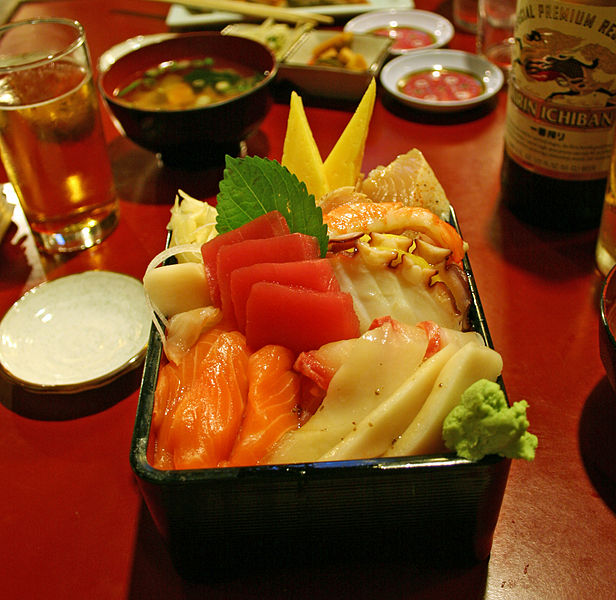 Do you have a plan to visit Japan sometime in the future? Is Japan on your bucket list of holiday destinations? Why not? Just about every one of us has a desire to go to Japan and experience their genius technological advancements that are implemented in every walks of life. After all, weren’t they the one to have invented automatic vending machines that not only vomit currency notes but also snacks, cookies, and even gold coins!

For your impending Japan visit, I know you would have compiled a list of places to see and fun activities to indulge. In addition, you might have done your research about hotels to stay in Tokyo or in other cities in Japan.

What about food? Do you have any idea of what you are likely to eat in Japan in spite of your preferences? Japan is not ‘food-friendly’ for all. You need to be carnivorous to satisfy your hunger in Tokyo. I have heard stories of miseries from a friend of mine who throw up even now when he is reminded of his tough time in Tokyo restaurants. 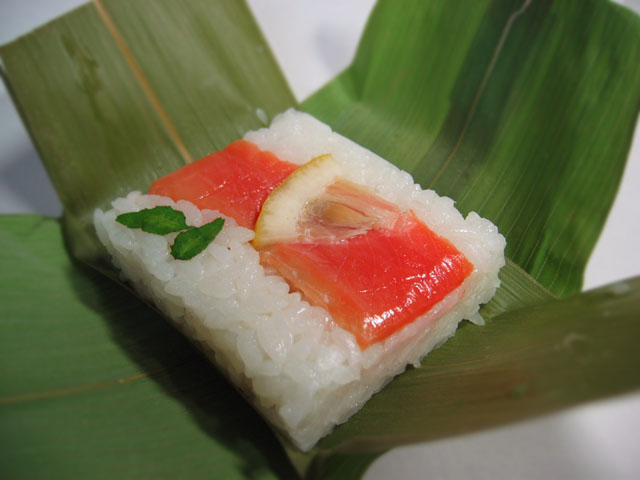 However, let his bad experiences not dissuade you from eating in Japan. You just need to be an adventurous eater in Japan.

In this blog, I have written about 10 food items that you may be eating in Japan’s eateries. Let this blog post prepare you for your upcoming holiday in Japan.

As an Asian country, the staple is rice in Japan. The accompanying dishes include fish, pickles, vegetable stew. Seafood is predominant in Japanese meals and so too the miso soup.

Miso soup is ubiquitous in Japanese restaurants, small eateries and in every home. It is made of fermented soy or barley or malt or even rice. This Miso soup’s basic ingredients are miso paste and a cooking stock called “dashi” that is widely used to prepare dishes of noodles.  It seems Japanese don’t consider any food of their own if it doesn’t contain Dashi which itself is made from dried tuna or sardine fish.

So, the presence of dashi in a food dish means it is authentically Japanese.

I have included a video below that shows the making of miso soup. This is better than viewing an image of miso soup that did not make me salivate. The miso soup in the video looks yummy. 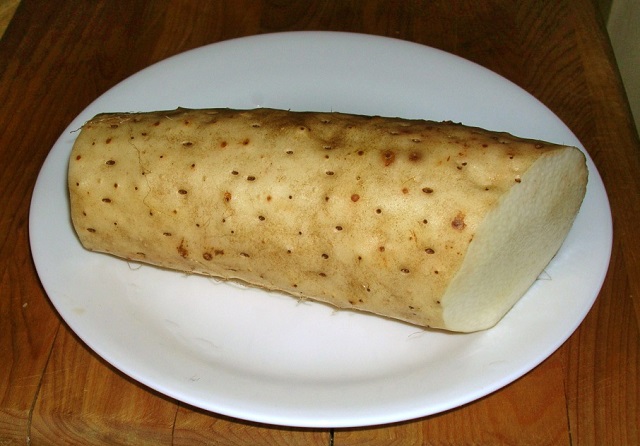 We all know a yam is a tuber that grows underground like the potato. The Japanese yam is certainly different from an Indian yam that makes you grimace because of its rugged appearance.

The cuisine yam is near white and a smooth, slippery texture when grated. The Japan people eat the mountain yam raw along with a soup. The yam is grated and sprinkled on s soup to garnish. The Japanese mountain yam is fondly called ‘mountain eel ’ due to its slippery nature. 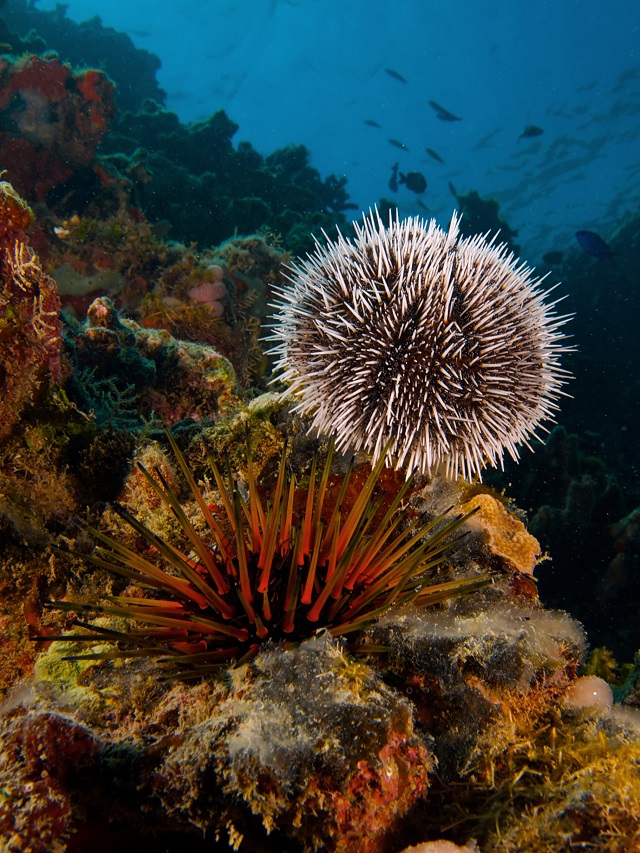 What you see above is not ‘uni’ buddy but….

Do you guess it is a plant? No, they are live sea creatures called, “Sea Urchins”. Those spiny globes are also called as sea hedgehog and aptly so.

Uni is the sex organ of the sea urchins and hence can act as an aphrodisiac. Well, the Japanese eat uni with sushi and is mostly available in sushi bars only. Since harvesting the sea urchins is a herculean task and removing the uni is more arduous, the ‘UNI’ is expensive. It is salty to taste.

Here is the image of UNI for you: 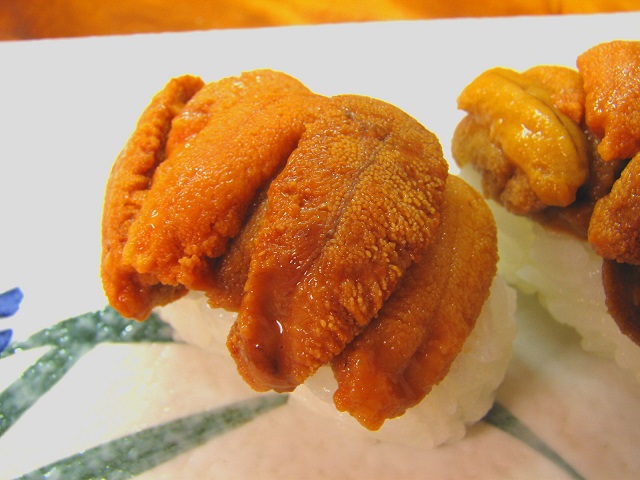 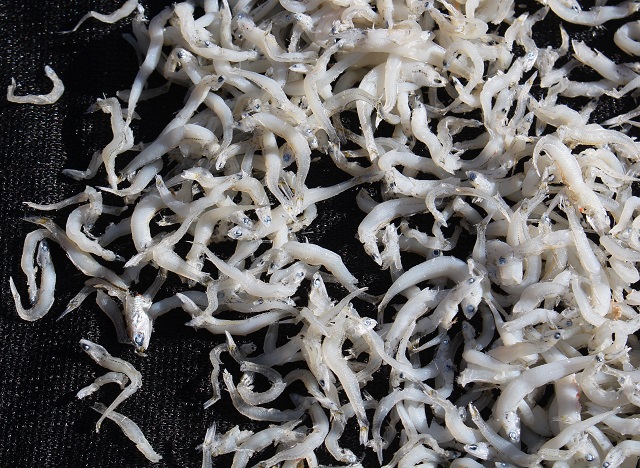 They are fish and go by the name “Chirimen Jako”. They belong to sardine specifies of fish. In Japan, these fish are dried, salted and eaten.

Do not try to memorize the names of Japanese food items. Just know that Kamaage Shirasu is also made with Chirimen Jako; only it is not dried but boiled in brine. 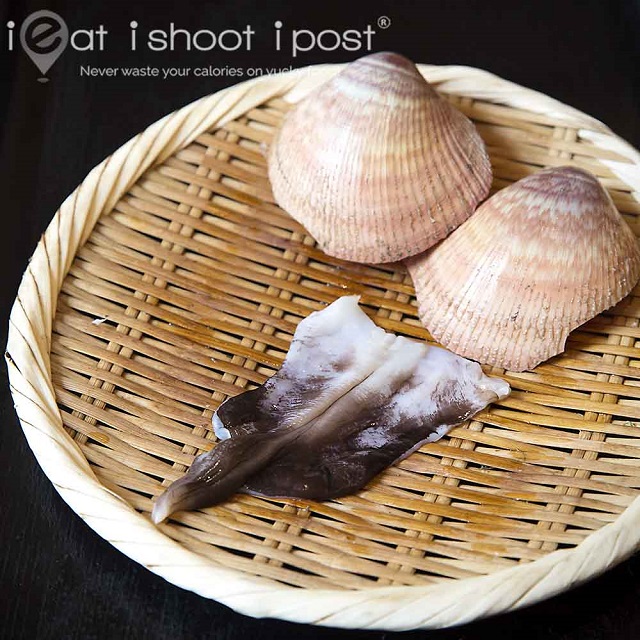 It sure is a shellfish; the Japanese call it as “Cockle” also.

Here is how harvested cockles appear: 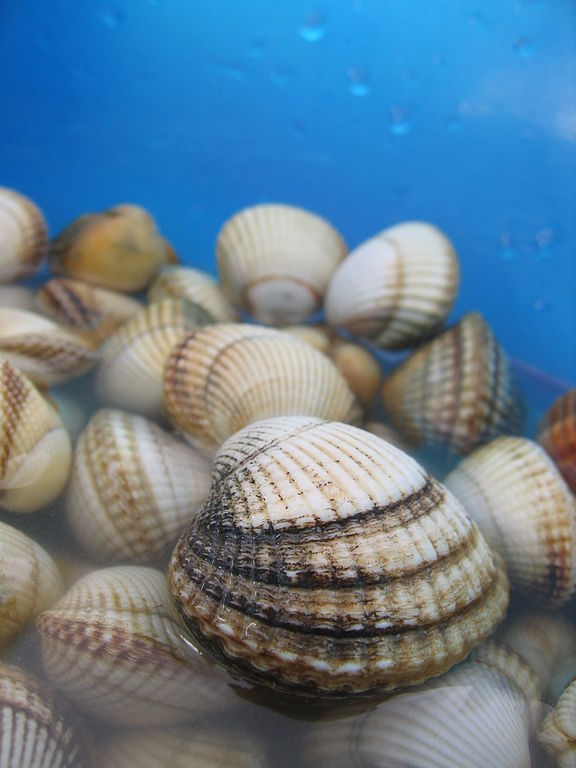 Eaten with sushi but only during April and May; after that, the torigai simply disappears from the belly of the sea. 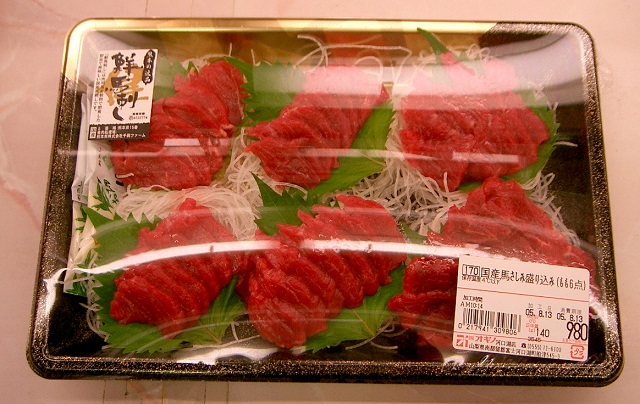 Oh, this is revolting to a vegetarian. I guess even staunch meat eaters too won’t have the stomach to eat “Basashi”, a raw horse meat! The natives of Japan eat Basashi chilled and use soy sauce to dip the meat. The color of the horse meat resembles cherry blossom and it also has another name, “Sakuraniku”. Sakura +niku means cherry blossom+meat. 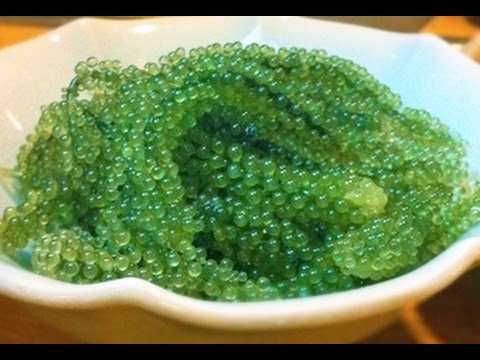 Does it look like green grapes-eh? Only, they are not grapes but edible algae. The Unibudo literally means “sea grapes,” in Japanese.

It’s simple, mate, just take a single green bubble with your tip of the fingers gently and pop it into your mouth. The bubble-like fruit instantly opens up to release a salty liquid. Sounds bizarre-right? 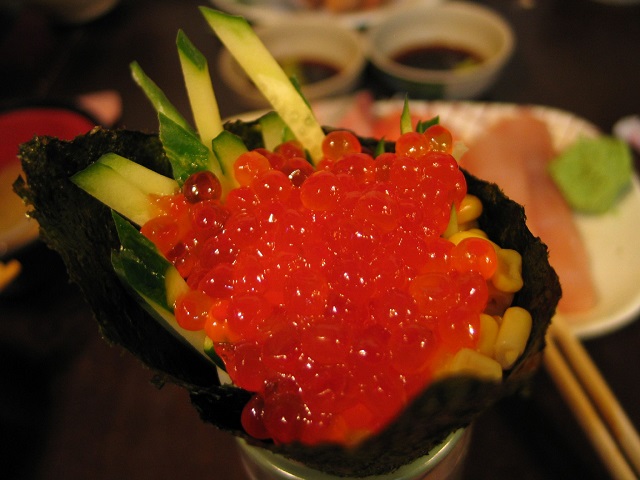 That’s ‘Caviar’! It is an expensive delicacy all over the world. Other countries import Ikura from Japan. You must be knowing what a caviar is! It is a fish egg. However, not the eggs of all fish but only a few species of fish eggs are said to be very tasty and expensive. It is actually the roe of salmon fish. Red caviar produced only in Japan and Russia 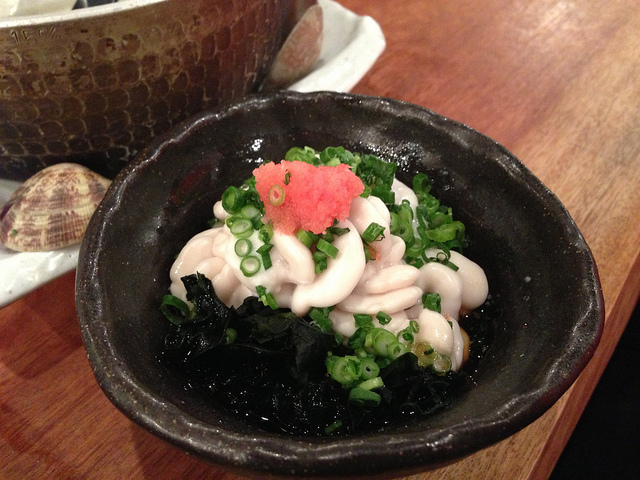 Shirako is the strangest food in the world. Do you know why? It is the sperm of codfish. Call it is a collection of a sperm-containing sac. As they are not yet hatched, they are called aptly as “white children”. Oh, the Japanese prefer to eat Shirako raw.

I think you feel you have had enough of Japanese food and your stomach must feel full now before you taste those weird foods of Japan.

Which Goan Food Specialties You Should Buy As Gift?

Know These Facts Of Great Wall of China Before You Go

interesting information about japan strange food thanks for sharing

This was an awesome article… informative for people like me who have never been there but do love the culture. Excellent pics too… a lot of it is seafood based in the end, isn’t it?

Many people go ga ga about Japanese food. To my Indian taste buds, Japanese food appear very bland. Most of the things they eat boiled or raw. I was offered boiled fish as breakfast. They thought it was a delicacy. I could not eat it. One exotic food I once ate was fugu fish. I was told, a chef has to get special licence to cook fugu fish. Fugu fish carries neurotoxin. Unless properly removed by a trained person, eater may get muscle paralysis.