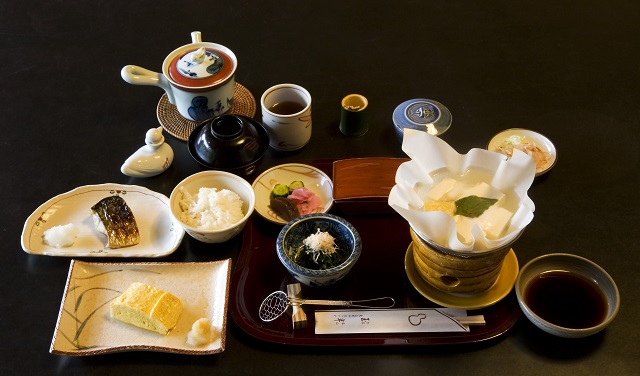 These usual questions come to someone’s mind before embarking the first-time journey to Japan either on official work or as a tourist.

Let me answer the four questions:

Japan, one of the most technologically advanced country in the world. It’s spick and clean and it is shockingly punctual.

In spite of these high profiles, Japan’s cuisine is not in favor of 100% vegetarian. Japanese cuisine is predominantly meaty. 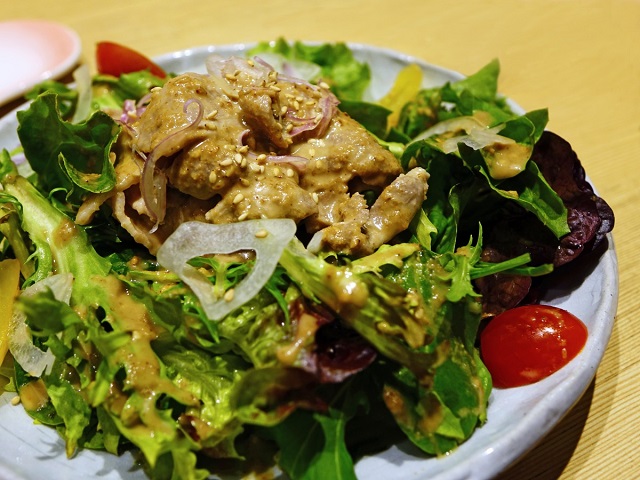 Nevertheless, a vegetarian can survive in Japan. Some restaurants serve 100% vegetarian food. Remember to say “Watashi wa bejitarian des”. It means you are vegetarian.

When the waiter nods indicating he understood, ask for a rice bowl, vegetable stew, and finally ‘tofu. Tofu, a solidified curd made from soya milk is ubiquitously available in Japan’s stores and restaurants.

Note: Repeat twice to the waiter “no fish” because they add fish in just about every food except coffee and tea.

Why it is difficult to find vegetarian foods in Japan in spite of the markets loaded with eye-catching vegetables, fruits, legumes, and nuts?

I read that only about 4.7 percent of Japanese are pure vegetarians. Surely, no café in Japan would be interested to serve such a low percentage of people.

4.7 percent of the Japanese population is vegetarian 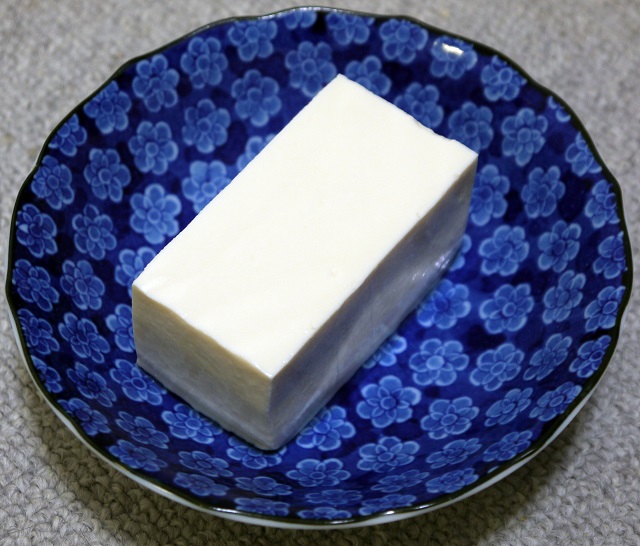 As I mentioned before, this Japanese vegetarian food ‘tofu’ is very widely available. Though it is not of cow’s milk, I suppose it will serve the purpose of the vegetarians. At least for the time being.

Rich in iron and other minerals, tofu considered as an alternative to meat because of its high protein content and low calorie.

Tofu produced with a range of flavors that include mango, almond, and coconut.

You can make a heavy snack of varieties of tofu served with several vegetable-based sauces or as a salad. In Japan, the exclusive tofu restaurants are called ‘tofuya’.

See how deep-fried tofu looks like in a ‘Tofuya’ in Japan.

Ah, the noodles! The East Asians cannot survive without eating noodles accompanied by so many varieties of meats such as crab, fish, frog, lobsters, and lamb!

Udon is noodles made of wheat! You can ask for a vegetarian noodle soup called ‘udon’. Though its 100% vegetarian, the flavor of the broth is distinctly ‘fishy’.

Udon’s garnishing included a kind of fried tofu called “aburaage”. Soy sauce is an option that is kept on your table.

The Japanese cannot eat anything without soya sauce.

Again, remember to say ‘no fish’ at least twice. Of course, you will receive a weird glare but lower your eyes to the menu card.

Tempura is both a non-veg and vegetarian food in Japan. In Tokyo, you will find numerous Tempura restaurants that are exclusive places to eat various forms of ‘tempura’ including fried or mashed vegetables.

The most used vegetables in Japanese vegetarian foods are sweet potato, pumpkin, and eggplant. I once met a Japanese woman and traveled with her to a nearby place. What she told surprised me. She and most of the Japanese do not eat potato! 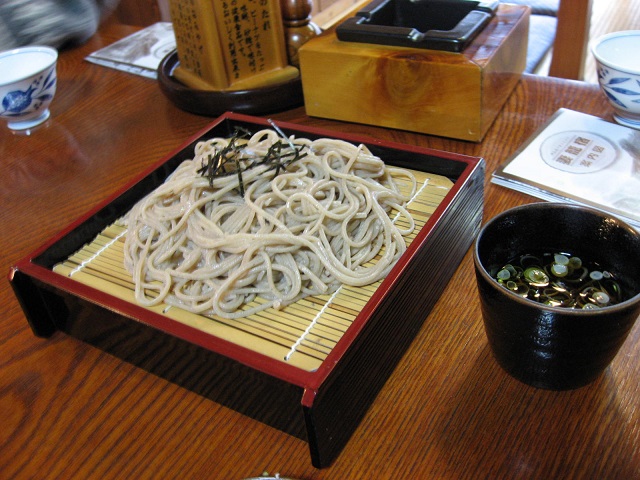 Ah, another form of noodles, Japan’s important vegetarian food. Noodles are so many such as made from rice and buckwheat. The dips vary too and that is where you have to be careful if you are a vegetarian touring Japan.

Zaru Soba is buckwheat noodles and the dip options are many; you can’t eat just noodles-right?

The most served dip or sauce as we call it is “ Tsuyu”. Its ingredients are mirin (a lighter sake), kombu (a seaweed), and soya sauce.

Spinach is also made into a diluted dip mixed with soya sauce and served as an accompaniment with noodles. 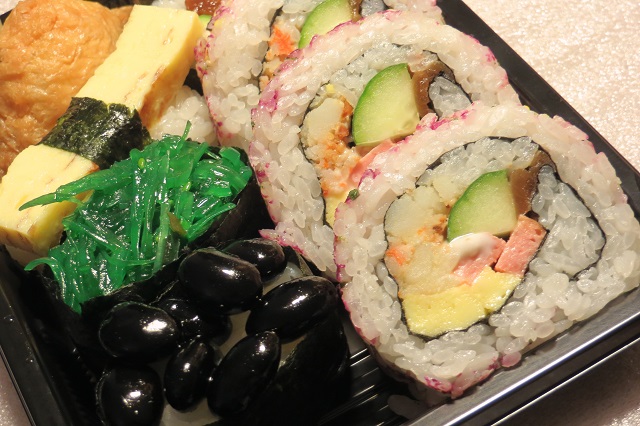 What is Japanese vegetarian food without ‘sushi’? Sushi is basically a rice dish using longish rice grains. It is served as a roll always, never as loose ice grains that we see in Indian restaurants.

Only the accompaniment decides whether it is vegetarian or non-veg.

Sushi invariably eaten with seafood in Japan. However, there are dedicated sushi bars as they are called that take pride in serving a great range of sushi plates with vegetables.

Fried mushroom is one of the major side dishes for vegetarian sushi. Vegetable salads and tofu can also be taken along with sushi.

When you see ‘Nasu Nigiri ‘ sushi on a menu card, it means sushi rolls with mashed eggplant.

Another Japanese vegetarian food is Kanpyo Maki Sushi.  Kanpyo Maki is a vegetable that is cultivated in Japan. It is a kind of bottle gourd in Japan.

So, thus far, you have learned about five vegetarian foods of Japan. I am sure you can survive with them for a weekend. If you have to stay a little longer, you either have to learn to eat fish or know some more Japanese vegetarian foods.

Let us prolong the list of vegetarian foods in Japan.

Daikon is the white radish that we are all familiar with. However, The Japanese consume a lot of that vegetable in their cuisine.Grilled daikon is a savory that goes with sushi rolls.

The Onigiri is ready to eat vegetarian food in Japan. In addition,  It is widely available in Japanese supermarkets that they call ‘convenience stores’.

Just pick one off the shelves, unwrap it and bite into the soft rice ball wrapped around a seaweed. 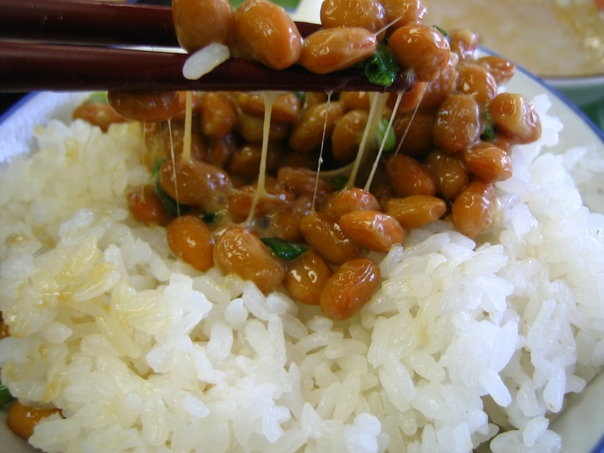 The sticky-looking soya beans served after fermenting and eaten as such for breakfast in Japan.

Here is a video displaying how ‘natto’ is eaten with chopsticks.

As a Japanese vegetarian meal, you can also eat boiled rice with Natta. 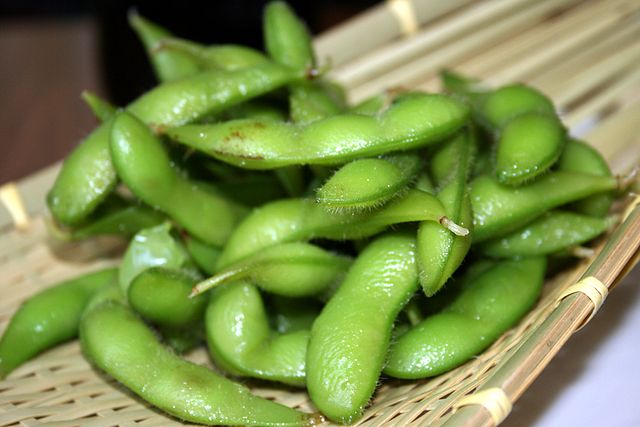 Probably, this is the first you are looking at freshly harvested ‘soya bean’. As a Japanese vegetarian food, Edamame is nothing but boiling the soya bean pod with the skin and served with salt and pepper. For once, a Japanese snack is eaten without any dip.

Kenpi is a snack in Japan. More over, it looks similar to the familiar French fries but only it made of sweet potato!

Hmm… surely a novel idea that we can also try in our kitchen.

So, that’s about summing up the vegetarian foods in Japan. Deep inside the Japanese villages, there may be more innovative vegetarian recipes.

Hill Stations in Maharashtra for a Romantic Getaway

11 Most Famous Hyderabad Street Food to...

Nightlife in Mumbai: 11 Best Place to...