I was fortunate to go on a weeklong tour of Kasi and Gaya. While Kasi’s ghats were imposing, none of the temples that I visited were as magnificent as other famous temples in India. While the size of a temple would not reduce the reverence, it may not attract tourists from other places in India. The tourists’ contribution is really valuable to fill the temples’ coffers. 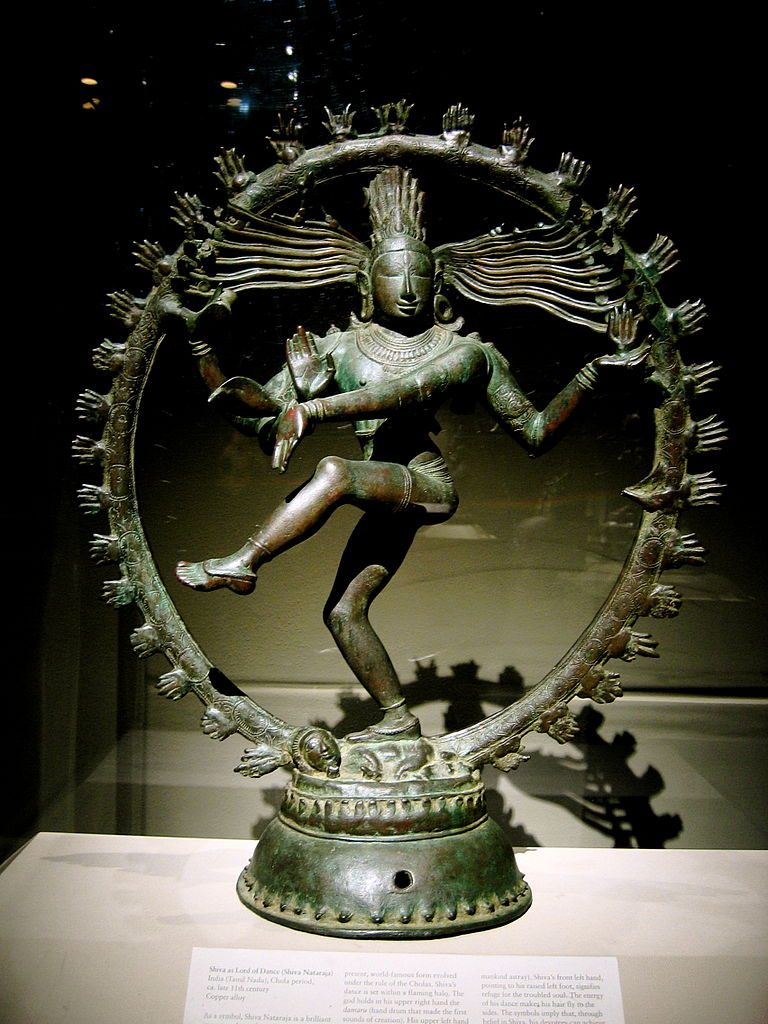 I have listed below the 3 most beautiful temples of South India. The ranks are based on my own liking and are not in conformation with any other official ranking.

In this blog post, I will not speak much about the religious beliefs of the people who visit these temple but speak about their beauty and the location apart from mentioning about the presiding deity. 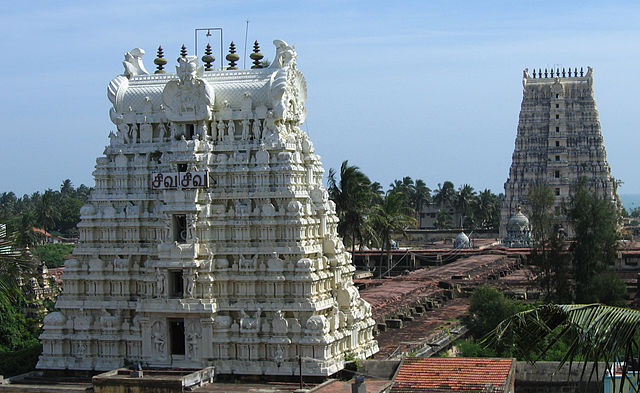 The majestic Ramanatha Swamy temple located in Rameswaram in the south Tamilnadu. Rameswaram is actually an island but very close to the main land. The island is accessible both by the road and the rail. Yes, a bridge over the Bay of Bengal is a world engineering feat.

This temple dedicated to Lord Shiva. In reply to the famous Charm Dham of North India, there is also a ‘char dham’ in South India and the Ramanathaswamy temple is one of them. 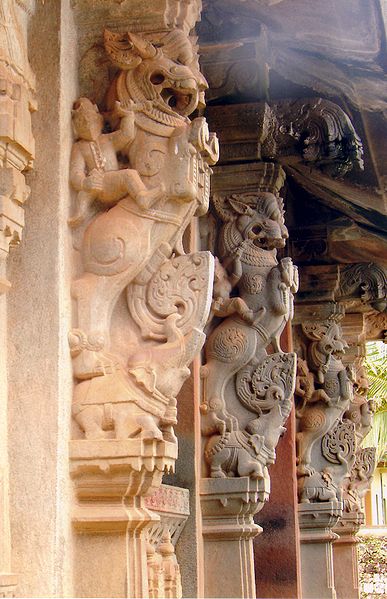 The most appealing parts of this temple are:

The presiding deity is the God Siva, represented by a Lingam which was said to have been worshipped by Lord Rama. The unique aspect of the temple is the presence of two lingams. One is built by the Goddess Sita and is called Ramalingam. The other lingam is called Viswalingam and is built of a stone brought by the Lord Hanuman.

The temple’s long corridor along a line of pillars is a noted attraction and that is mentioned by all the important reviews. 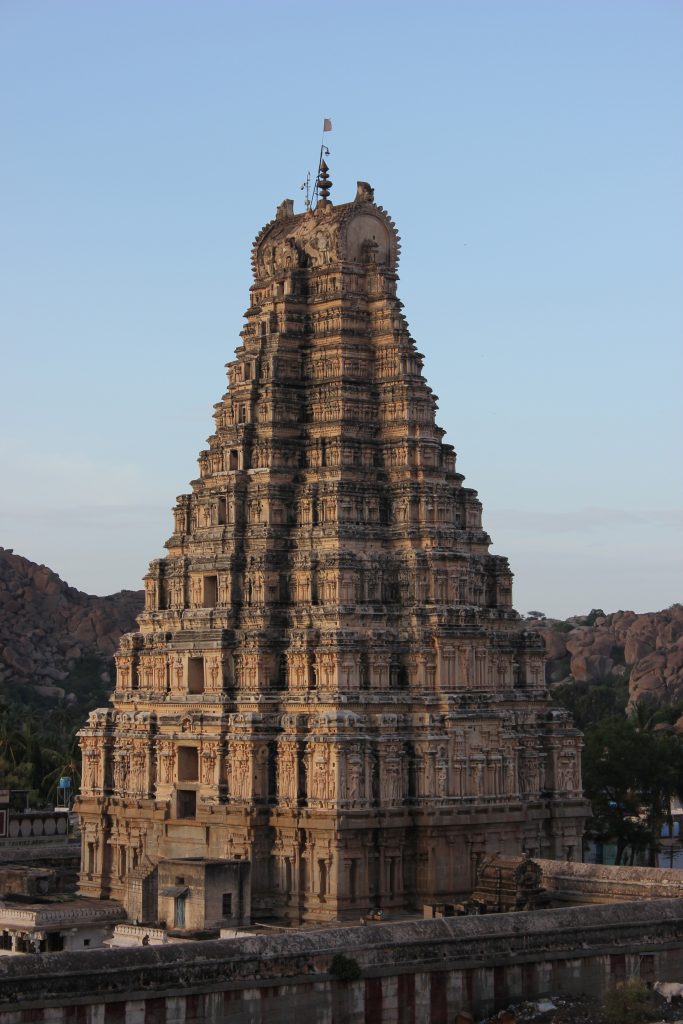 The architecture of this stunning temple in Karnataka is incredible. It is part of the famous ruins of the Vijayanagara Kingdom in Hampi, located on the banks of the lovely Tungabadhra River.

The Virupaksha Temple dedicated to the deity Shiva who is called as ‘Virupaksha’. This 7th Century AD is a UNESCO Heritage site. 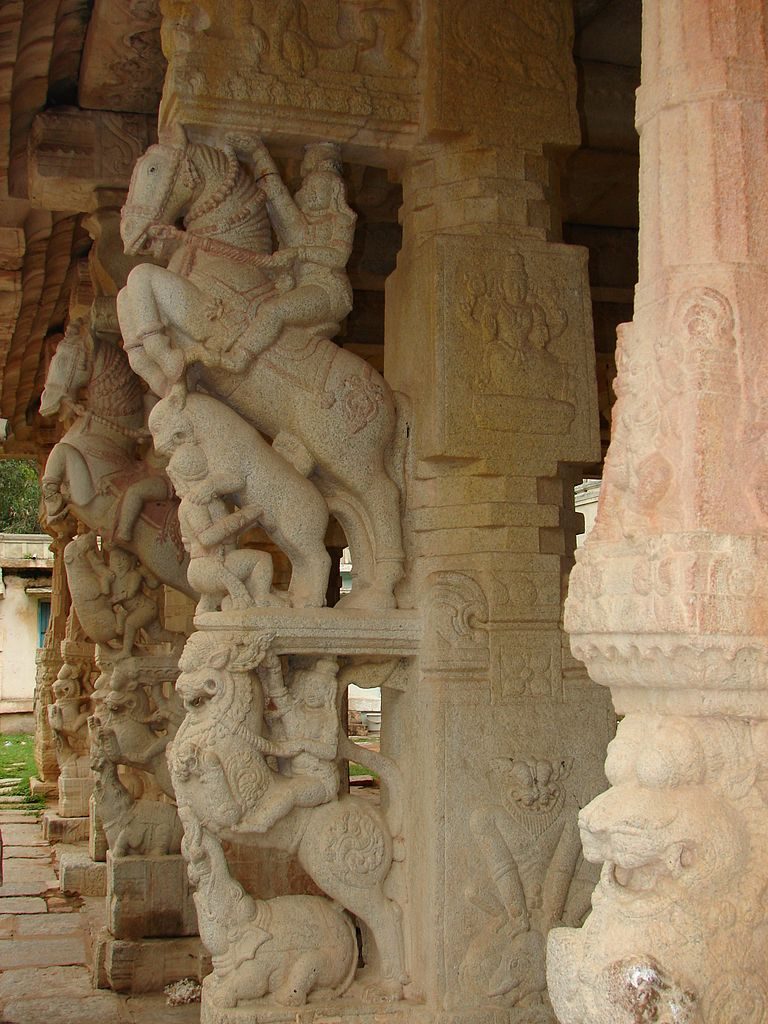 The Vittala temple located in Hampi, and known for the famous musical pillars. If you just rap them with your knuckles, you can hear the musical notes. Unbelievable Dravidian style architecture!

There is an imposing Stone Chariot that you cannot miss. It stands tall in the courtyard of the temple. It is an awesome sight that will make you stare at it for a long time. 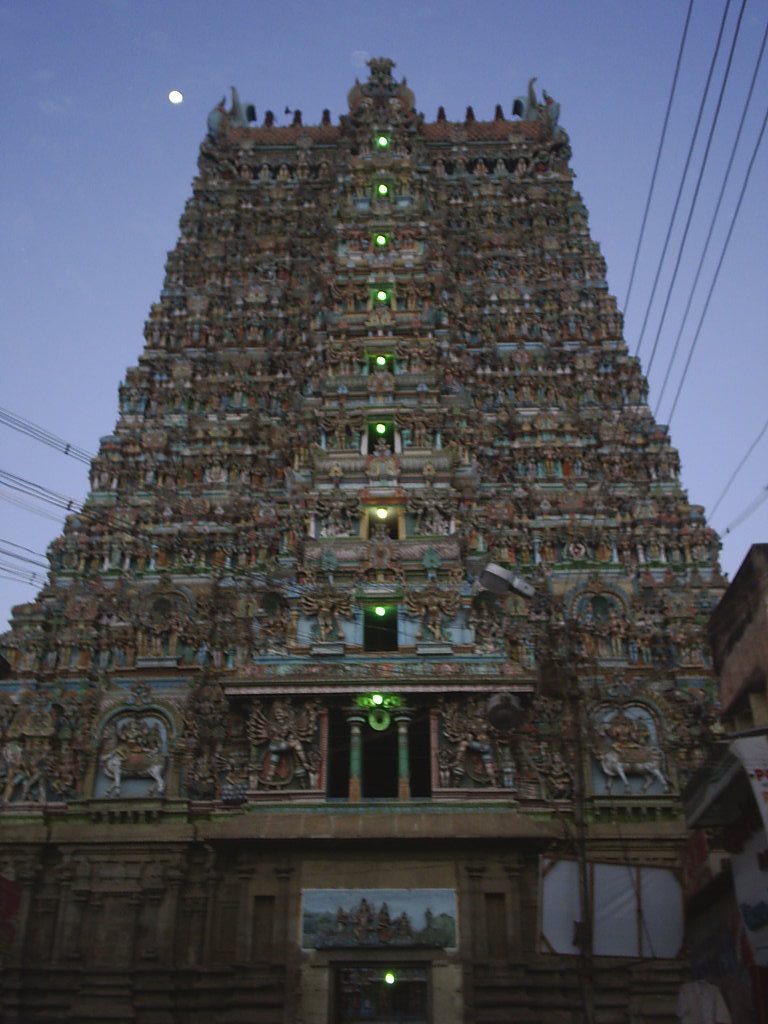 It is an incredibly sacred temple of the Hindus, especially of the Tamilians and is located in the bustling city of Madurai. The entire main city built around the temple. The city’s culture and commerce carried on around this temple.

It has 14 towers and dedicated to Shiva and His consort Parvati. The barbaric Muslims led by the feared Malik Kafur was a religious fanatic and destroyed this beautiful temple during the 14th Century. The temple was rebuilt by the Nayak kings Pandavas. The temple is said to be in existence since the Tamil Sangam period in the 6th Century BC.

Though there are much more hundreds of Dravidian temples in South India, these three are the major crowd pullers.

Paris Sightseeing Attractions That You and I...