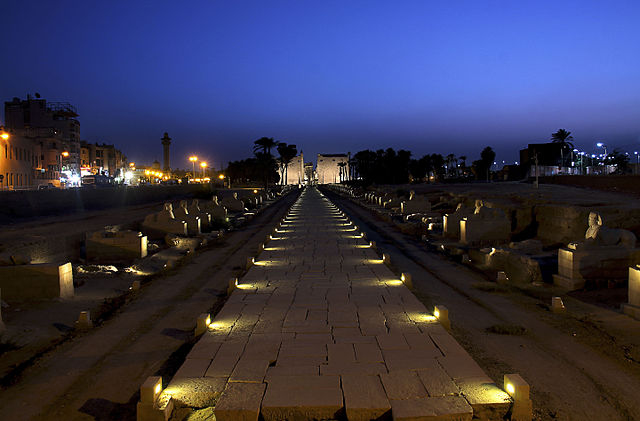 Before you embark on a grand classic tour of ancient temples of Egypt, you must read this blog post to be an informed traveler.

Egypt is a country that probably had offered more to the modern civilization than any other country in the world. Ah, I know some protests can be heard from the mighty Greek but as far as the age of the Egyptian civilization is concerned, it scores over the Hellenic times.

Even as a tourist nation, Egypt draws more people than Greece. While the latter’s holiday sightseeing attractions are centered around the islands on the Mediterranean and the Aegean Sea, Egypt offers much more such as the pyramids, mummies, temples and the legendary River Nile.

We will go over the important temples of Egypt based on which several holidaymakers arrange a classic tour to Egypt. I did not say ‘religious tour’ because it would mean visiting the churches and mosques in Egypt depicting the current religion of the Egyptians.

Egyptian temples played a significant role in shaping the cultural beliefs and practices of the ancient Egyptians. The nation’s entire social and political life was determined by the pharaohs (kings) of the ancient Egypt where the kings were looked upon as Gods.

Many temples were in fact dedicated to the Pharaohs! Similar to the Hindu temples in India, a range of rituals and festivals were performed at the Egyptian temples in which a large number of people either participated or contributed.

Do you know that most of the ancient Egyptian temples still exist in spite of the passing of several millenniums? They all belong to the pre-Christian era (B.C.) Amazing architecture and profound beliefs were the hallmark of the classic Egyptian temples that became monuments today and declared as UNESCO World Heritage Sites. 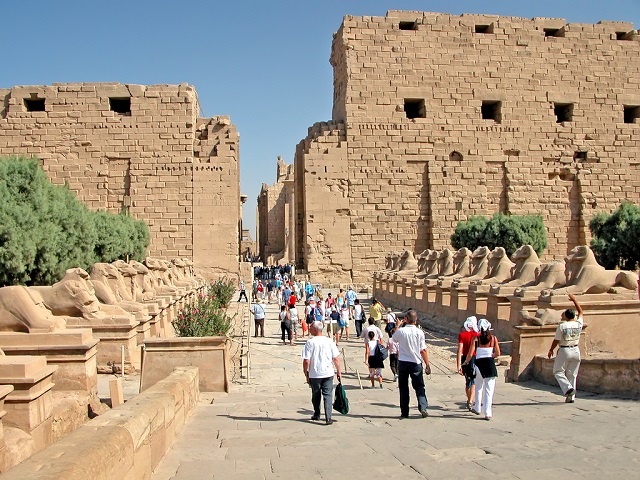 My Goodness! What an architecture that stood over the vagaries of weather and human disturbance of over 3500 years! This is a very well preserved temple complex in Egypt and is also the longest among the other temples of Egypt. It is one of the most popular tourist destinations along with the Sphinx and Giza pyramids.

There are 134 pillars in a row of sixteen. The long row of Sphinx is a fine example of ancient Egyptian temple architecture and there is an obelisk that stands 37 feet tall! 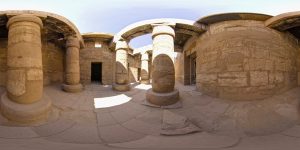 This massive temple complex is dedicated mainly to God Amun. Usually, this will be the first destination of all the classic Egyptian tour. 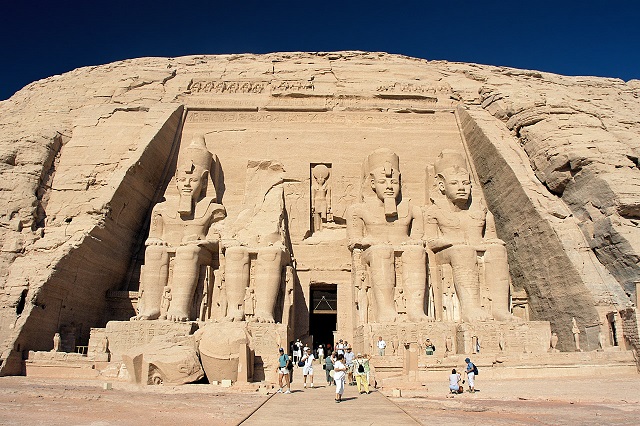 Pharaoh Ramesses II who died in 1213 B.C. was considered as the greatest pharaoh of all times because he was extremely powerful and the historians call him as ‘Ramesses the Great’. The temples of Abu Simbel were dedicated to him and to his wife.

The Abu Simbel temple are two massive rock temples located in a remote village in Nubia on the western bank of Lake Nasser near the Sudanese border. From Cairo, the Abu Simbel temples are located at a distance of 1120 km but from Aswan, it is only 230 km away.

Modern Cairo, the capital of Egypt is not a convenient place to stay and see the classic temples of ancient Egypt. All those monuments are located very far away from Cairo and as such, Aswan is a better place to stay to see the Egyptian temples of pharaohs.

Aswan, the gateway to antiquity is built on the banks of the Nile River is home to important archaeological sites that include:

The Abu Simbel temples were also worshiped to the following Gods:

Incredible beliefs of the Hellenic era! 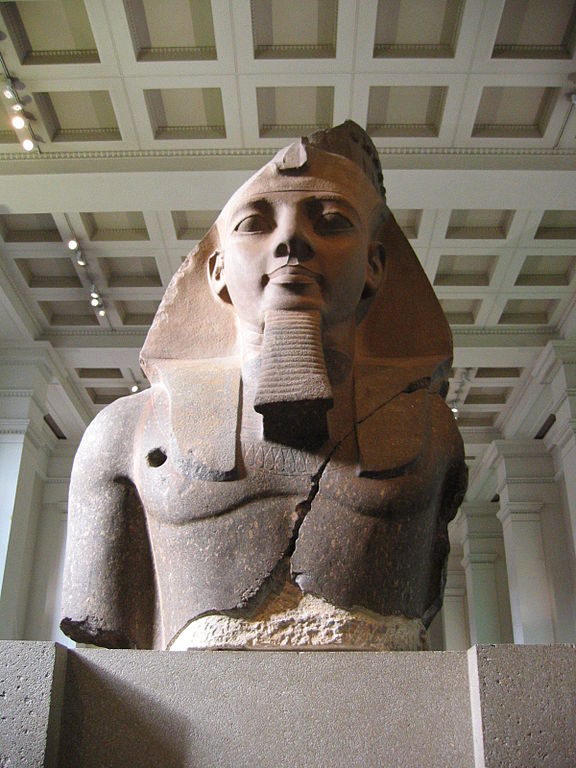 The Abu Simbel temples look imposing and colossal. The 20-meter tall statue of Ramesses II stand guard at the main temple indicate the importance given to the king. I read that when the water of the lake Nasser threatened the existence of these great Egyptian temple, they were relocated to the present location. What an effort! 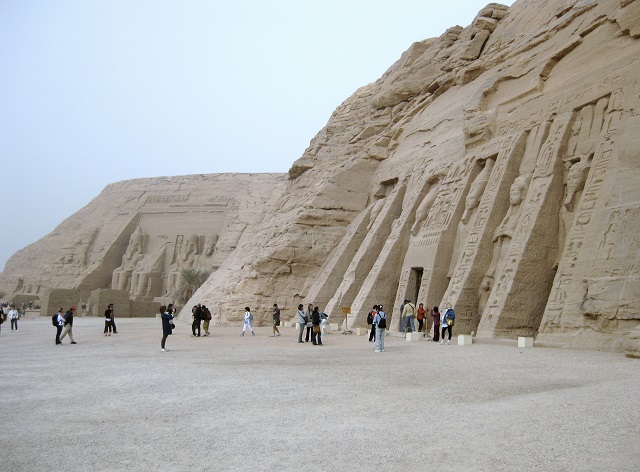 Of the two temples of Abu Simbel, the smaller one was built in honor of Nefertari, the queen, and wife of king Ramesses II 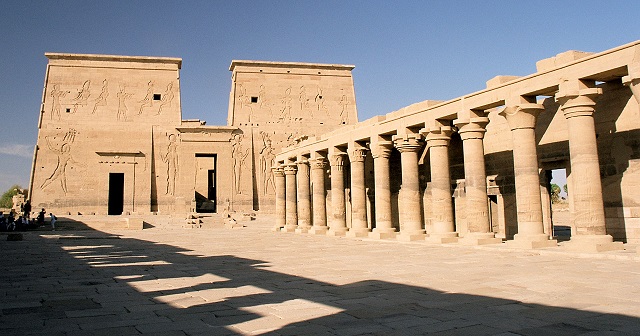 The Philae temple complex is a big tourist attraction in Egypt. It houses the Goddess Isis. In ancient Egyptian religion, she was worshipped for fertility, motherhood, healing, death, and rebirth. 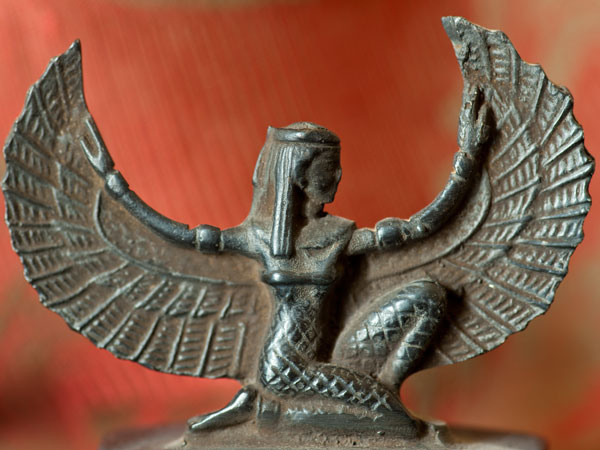 The Philae temples are located in Philae Island that is accessed by boat from Aswan. 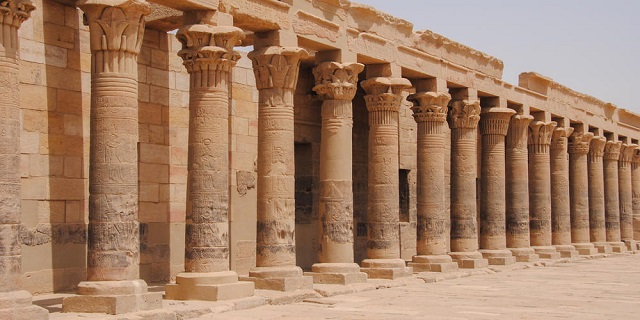 Though it doesn’t look a single structure temple, these giant columns are monuments bearing the names of some of the legendary kings (Pharaohs) of ancient Egypt that include:

The dates of these sacred temple and monuments go back to 300 BC. 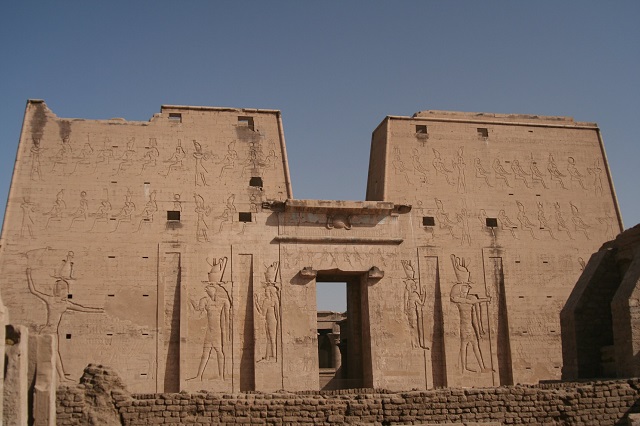 Here is one more imposing temple of ancient Egypt situated 80 km from Aswan. The temple is dedicated to Horus, the legendary falcon-headed icon that we have seen often. He is the God of Patron.

It is a city located on the western shores of Nile river between Aswan and Esna. The Horus temple is very beautiful to look at and it belongs to the era of Ptolemy. This well-preserved temple was said to be built over a period of 200 years.

Other ancient temples in Egypt that are worth visiting are:

A classic tour of ancient temples of Egypt can be a lifetime travel experience and very educative too.