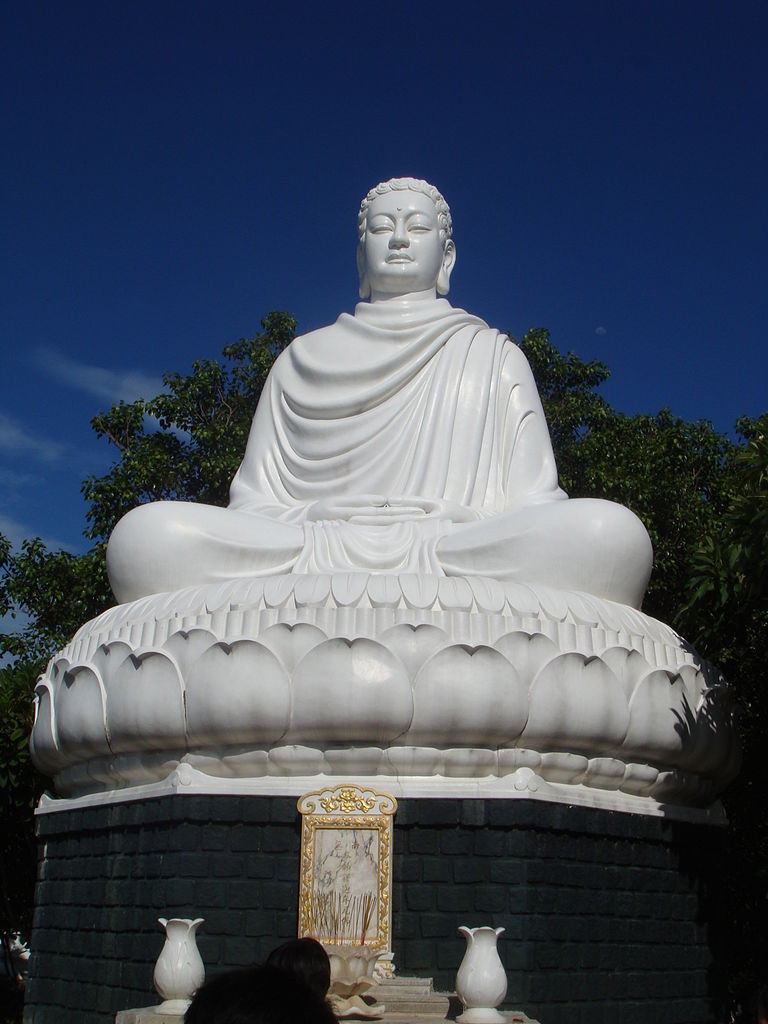 This blog post is about an enchanting city of Vung Tau, a peninsula attached to the South Vietnam. Know the extensive coastline of Vung Tau, the bustling beaches, lovely French colonial-era buildings by taking a short ride in a Hydrofoil from Ho Chi Min City. Visit the uniquely named ‘Pineapple Beach’ and a few verdant mountains.

When I first saw the Hydrofoil on which the tourists arrive at Vung Tau, it did not surprise me why thousands of people who have chosen Vung Tau as a weekend getaway from Ho Chi Min City. The one and half hour ride on the Hydrofoil must be a lifetime experience.

How do you reach Vung Tau?

The starting point is Ho Chi Minh City. The distance by road is 125 km. Flights are operated to Vung Tau and there are luxury buses too. However, going to Vung Tau in a Hydrofoil ( kind of fast boat of which, the hull doesn’t touch the water at all!) As the fast boat pass on the Saigon river, the scene all around will make all the passengers to take out their shooting (I mean photo shooting, mate) gears. 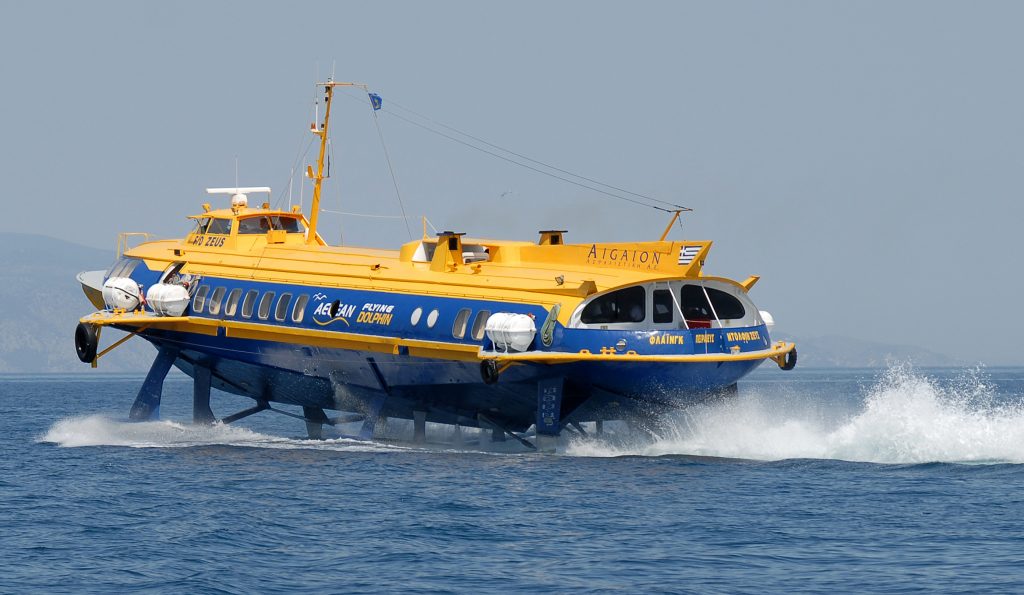 The ferry ride is expensive and crowded too especially during the weekend. Advance booking is advised.

In Vietnamese, the Hydrofoil is called as “Tàu cánh ngầm”.  When the fast ferry approaches the peninsula, you get to see two hills first. They are known as the ‘big mountain’ and the ‘little mountain’. These two mountains form as a permanent backdrop of Vung Tau city.

The main areas of sightseeing in Vung Tau.

Apart from several beaches, Vung Tau also has a primitive forest plus those two verdant mountains. 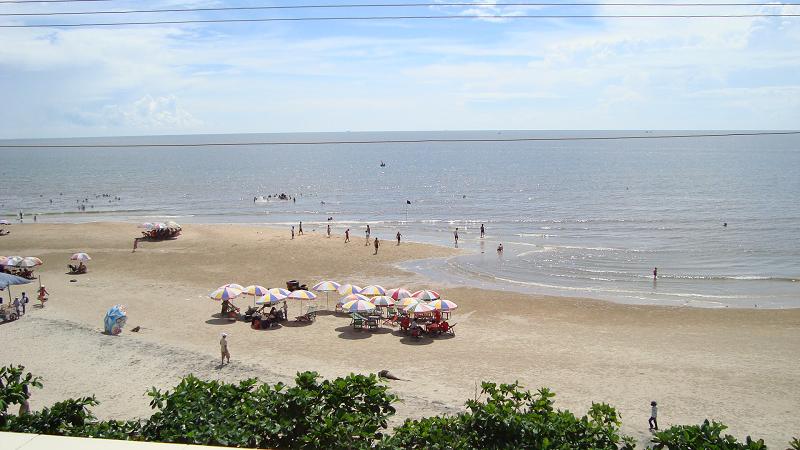 Going around the Vung Tau

Plenty of taxis are available. If you are on a budget, you can rent a motorbike. Renting a car or a bike would cost you millions of … local currency. Don’t be shocked by the word ‘millions’.  One million VND (local currency ) is only 44 USD.

What is the best time to visit Vung Tau?

Port cities can be visited anytime of the year as they neither get wet nor cold during the rainy and winter weather respectively. However, if you still would not prefer to get drenched in the rain but still would wet yourself in the salt water, you can avoid the months of September and October.

Where to stay in Vung Tau?

In the last two decades or so, the tourism has immensely developed in Vung Tau and the influx of tourists have increased many fold. Initially, only Vietnamese tourists used to go to Vung Tau and to cater to their minimum needs, a few motels came up. In addition, they would return back to Ho Chi Minh City the same day and hence there was no need to stay overnight.

However, as international tourists started arriving in hordes, more luxury hotels were built and now, there are plenty of options fitting various sizes of the wallets. Even Airbnb offers rooms at affordable rate.

Prices quickly change when the hotel owners see the crowd. Of course, the price change is applicable both ways.

You can opt to hire a guest house in Hoang Hoa Tham street if your style doesn’t suit staying in small hotel rooms. Guest houses are also available for rent on the Bai Sau beach road.

Irrespective of the month, you need to reserve in advance if you are planning your trip on Saturdays and Sundays.

The beachside resorts are more expensive. It will be around $35 per night! The popular beachfront resorts are:

The last mentioned resort is situated in an exquisite location facing the beach. It is very tastefully designed and commands ultimate luxury. Don’t scroll further without visiting http://www.lanrung.com.vn/

We will visit the beaches one by one.

Doi Nhai beach is less crowded and appears peaceful. The water is clearer than other beaches probably because of less number swimmers. Some adventure lovers pitch a tent here to see the sun rise and watch the early morning aquatic birds.

It’s a picturesque beach with some pine trees and sandy slopes and rocky seats from where you can sit for long hours to listen to the sound of ocean waves.

Ah, this looks stunning with the Nho Mountain backdrop and tall commercial buildings. 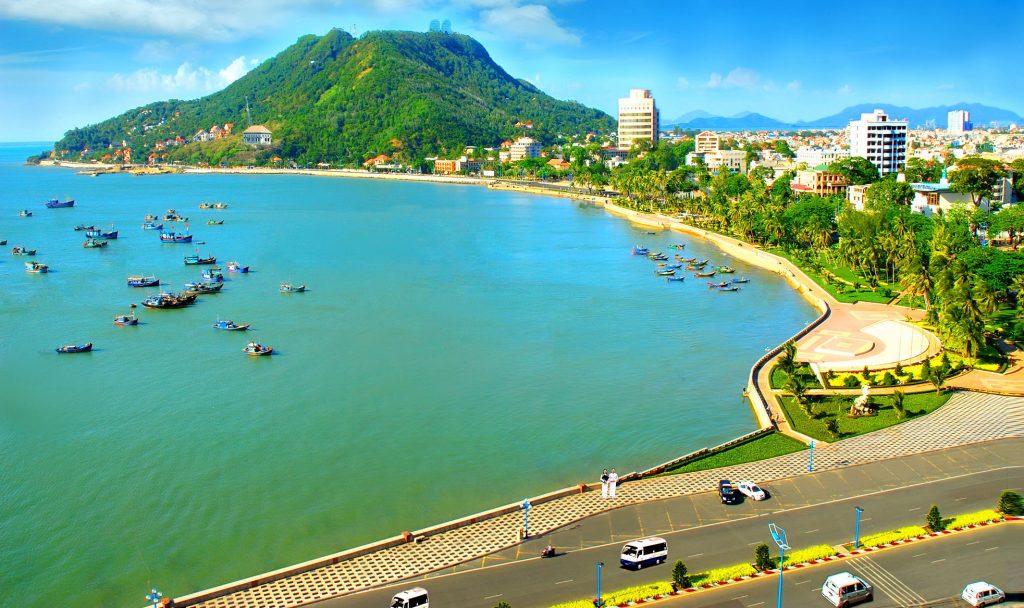 It must be exciting to travel in an open jeep on the road just abutting the sea. The beach is always crowded with sun bathers in spite of its small size when compared to other beaches in Vung Tau. You can see pineapple trees on the shore.

The Front Beach is so called because, just about every road in Vung Tau leads to this very scenic beach. Both the small and the big mountain can be seen from this beach front.

What can you eat in Vung Tau

Well, being a beach front city, seafood is the first choice of the tourists. Though they have eaten it even in their home town, they are eager to taste the same in a different place because of different preparation with different ingredients.

Apart from several fish based dishes, Vietnam is famous for pancakes such as Long Hai pancakes, and Nhut hỏi cakes etc.

What you should miss out is the ‘Stingray hot pot’, a dish of vermicelli, bamboo and rice. In the local menu, it would appear as “Lau Cai Duoi”.

There are several restaurants that serve the local food and almost all of them serve the same food with the same quality,

Came to know about a new place(for me) and attractions related to this,thanks for sharing.