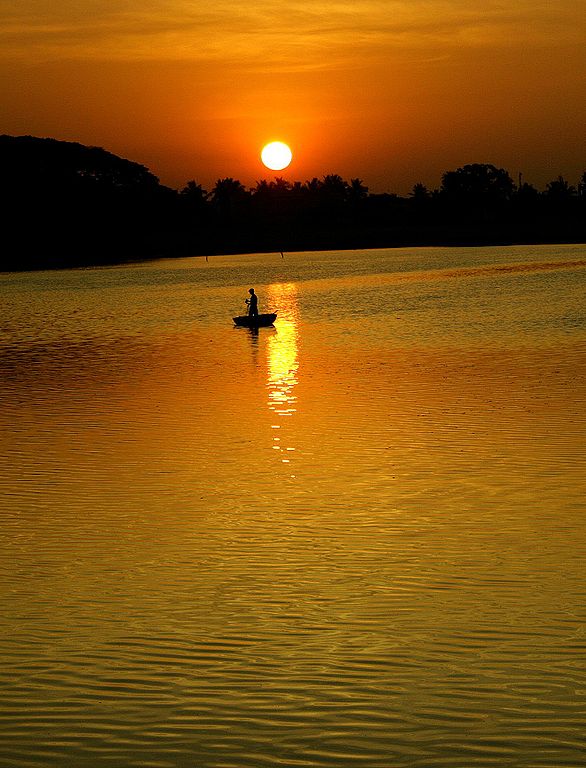 The Garden City Bangalore has its fair share of tranquil lakes too that many tourists are not aware of. They just visit the famous Lal Bagh, Cubbon Park, Ulsoor Lake, go to a pub or two, eat benne dosa and take the next train to Chennai or Davangere and they miss any of the 9 lakes of Bangalore. Because of more lakes of Bangalore, Bangalore was known as “The City of Lakes“.

Being a Bangalore resident, I wish the Bangalore tourism department actively promote the lovely lakes of Bangalore that are home to incredible flora and to a range of birds that are spotted in Bangalore gardens only. No, I don’t mean they are endemic but several birds are not spotted easily in the neighboring states of Kerala and Tamilnadu. 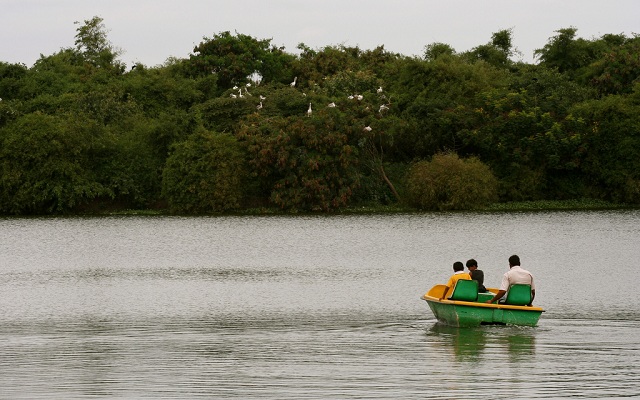 This sprawling lake is located close to the Electronic City where I live. Tourists to Bangalore from neighboring states and cities do not visit because they think it is out of the city. Madiwala Lake measures over 100 acres. You can go on a boat ride or walk around the lake leisurely. Some of the spots around this Bangalore lake would be occupied by avid bird watchers with cameras and binoculars. You can notice some of them taking notes too. There is a small area dedicated to children.

Birds that can be spotted in Madiwala Lake are: 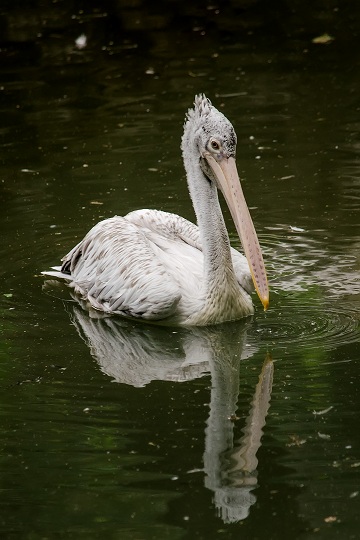 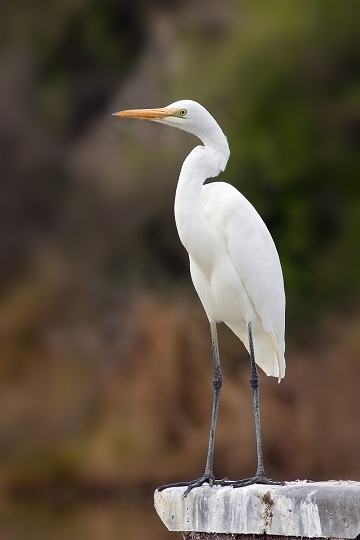 They are usually spotted in most parts of India. Both these birds are migratory birds. They love to nest on the dense trees and bushes on the small island in the middle of the lake. 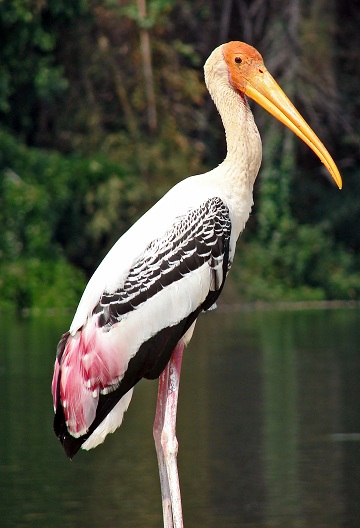 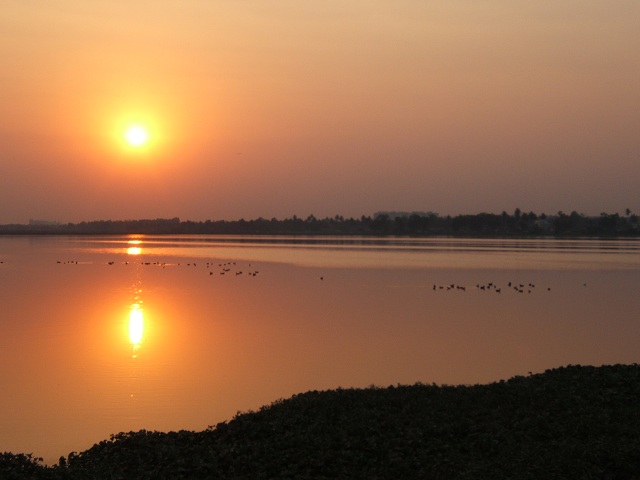 The above image of a sunset over the Varthur Lake must have been photographed quite a while ago as this once beautiful lake is severely polluted. Nevertheless, you can still visit this Bangalore lake during summer when the water looks clear with some ducks and egrets enjoying their lunch. 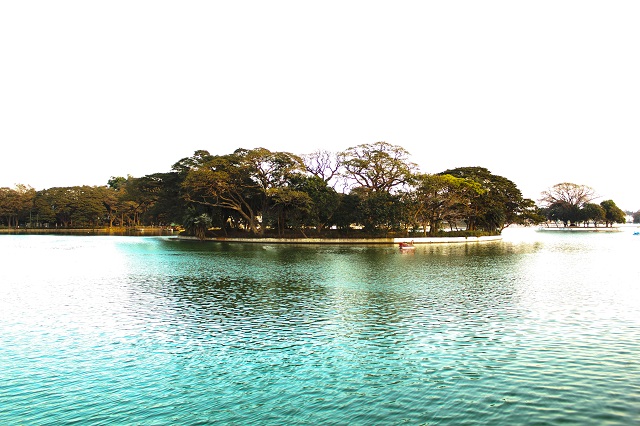 Ulsoor Lake is located within the heart of the Bangalore city, surrounded by many residential areas. This is the most visited Bangalore lake. This man-made lake is quite large and is located close to the famous M.G. road in Bangalore. Occupying an area of above 100 acres, you can see a few islands on the lake that are birds’ haven. Boating is allowed from 10 am onwards. Since there are several eateries around this Bangalore lake, Ulsoor Lake is a picnic area for the locals and the tourists. 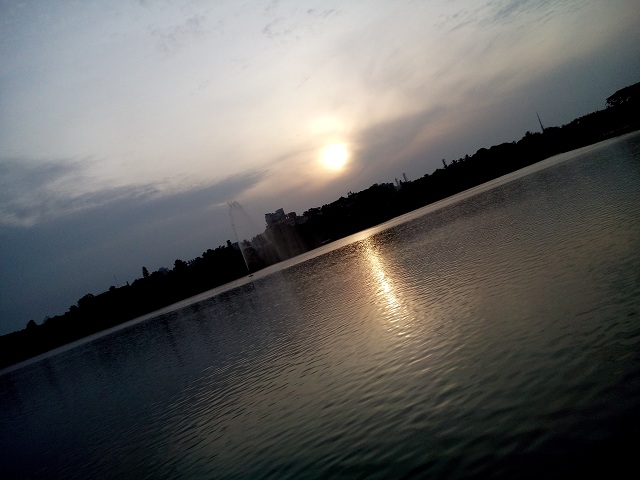 This Lake of Bangalore is also called Sankey Tank; but surely, it is too big to call it a tank. Sankey Lake is an artificial lake that is located in Malleswaram, Bangalore’s most sought after residential area.

Malleswaram is in old Banglore but with all the facilities at your doorstep. Boating and birding are the adventure activities carried on in Sankey Tank.

The Government has developed a beautiful garden at the entrance and you can see hundreds of morning walkers on the hiking track surrounding the lake,

Being a large water body, this small Lake of Bangalore l

attracts migratory birds. You can see them during the months October to February.

Hebbal is part of North Bangalore that has not many lakes except the Hebbal Lake. During and immediately after the monsoon, you can see dense growth vegetation (water hyacinth) on the water. You and I may not like it but the migratory birds certainly love such sight.Hebbal Lake is one of the most picturesque lakes of Bangalore

They remember that place well enough to return every year as they get abundant prey.

The migratory birds that one can identify in Hebbal Lake are: 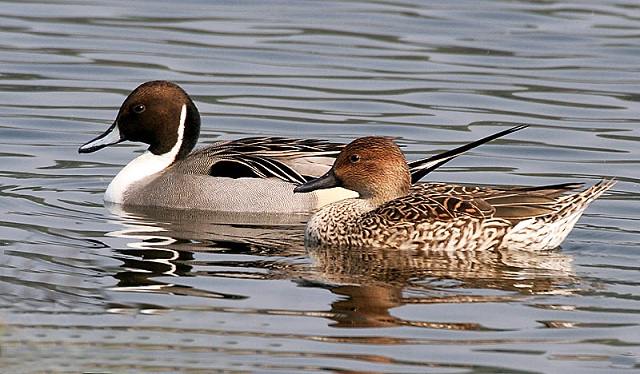 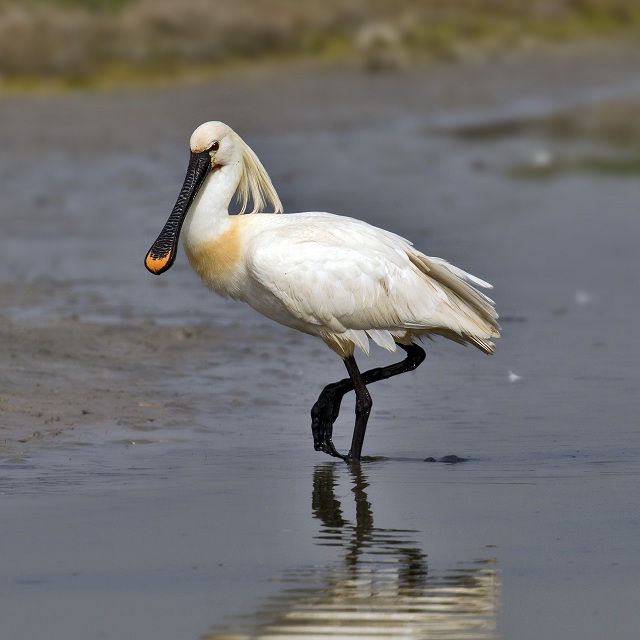 That is big and beautiful. 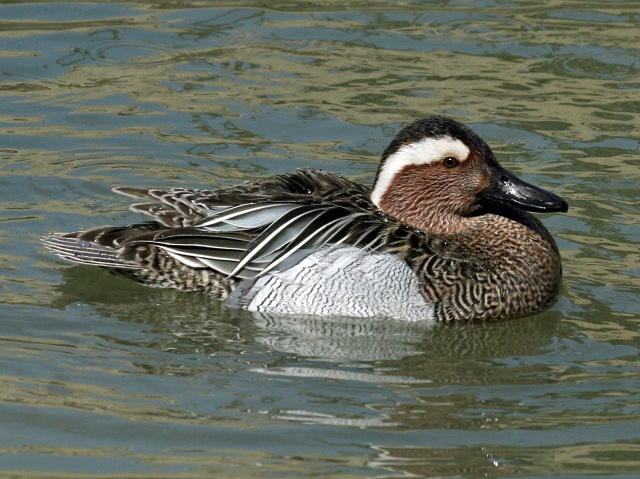 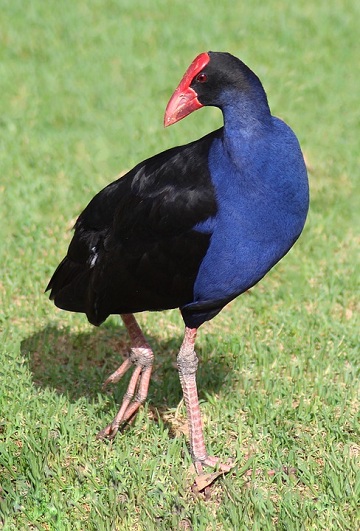 What a beautiful bird! 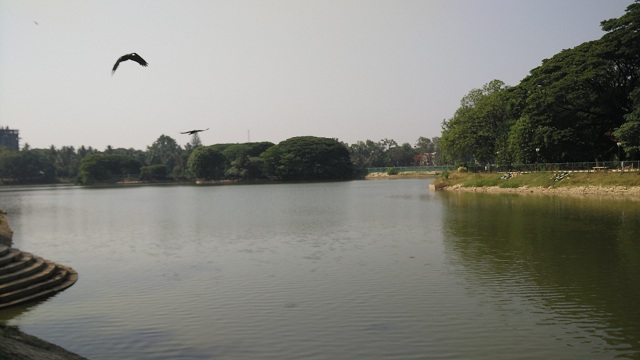 Lalbagh Lake cannot be missed by anyone as it is located inside the sprawling Lal Bagh itself, a prime landmark in Bangalore. Lal Bagh is a nature lover’s paradise. Lovely tall flowering trees, hundreds of them will be breathtaking especially during the spring season. The myriad colors of flowers, as well as the dresses of beautiful girls of Bangalore, are the hallmark of Lal Bagh.

You can find the trees named with a bit more information too. Some of the trees have been brought from other countries including Mauritius, Africa, Iran, and Turkey.

You can spot the alert and shy Pond Heron in the vicinity of Lal Bagh lake. 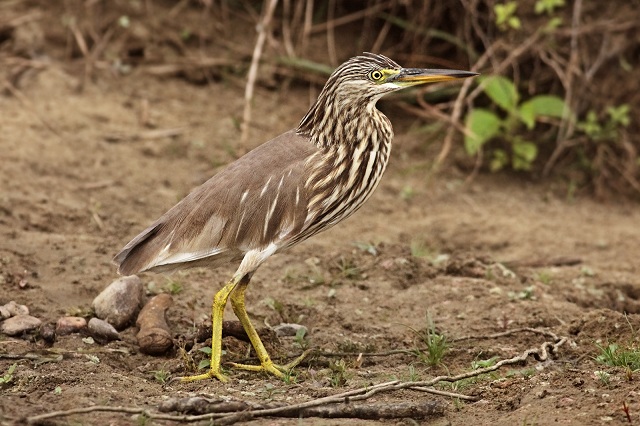 The beautiful Brahminy Kite can also be spotted on treetops in Lal Bagh. 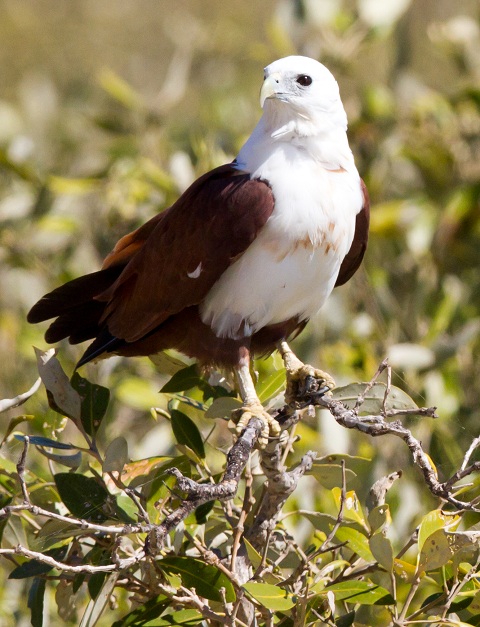 There is an island (I think there are two) in the middle of the Lal Bagh Lake. I have spotted these lovely Brahmimy kites there. 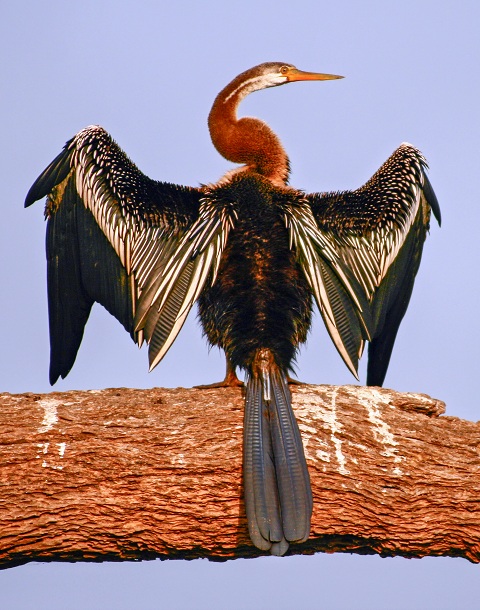 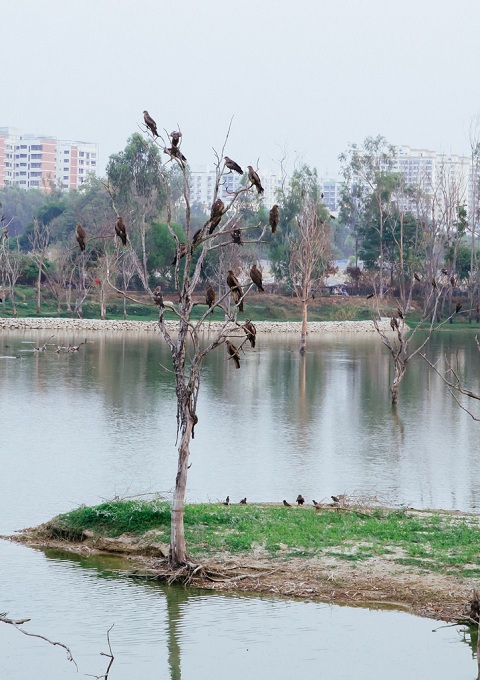 Surprisingly, this Lake of Bangalore is located in the midst of a concrete jungle within the city. Somehow the birds seem to have gotten used to the sounds of traffic of Harlur and continue to live at their own peace.

The lake’s shores are used by the morning walkers and the lake’s fish and worms become a three-course meal for a range of birds such as White-throated Kingfisher and the common Egrets. 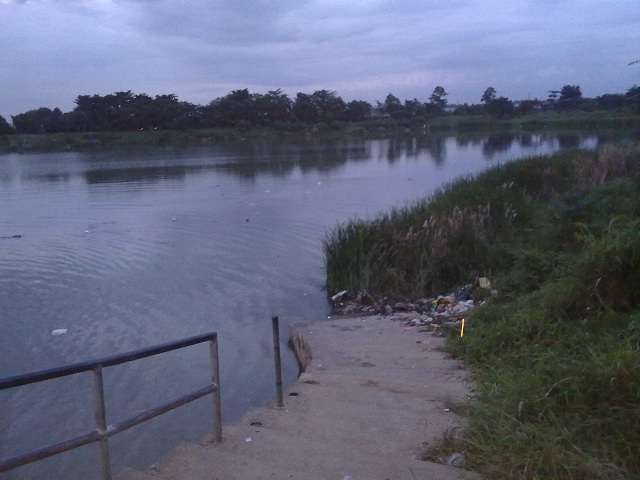 Located within the city, this Lake of Bangalore is not very big and in fact, you can call it a sister (why not brother) lake of Madiwala Lake that is feeding the Agara Lake.

Even though the lake is rather shallow, the water birds (40 species) and snakes have found it to their liking and survive happily without any hindrance.

10 Tourist Destinations the Asians are Proud Of!

Thanks for a well-written article on lakes of Bangalore! I live in Bangalore, and I will try to visit these when I am in the vicinity of any of these.
Thanks also about the first-hand info on the kind of birds that you spotted there.

Never knew Bangalore had so many lakes! Great info!