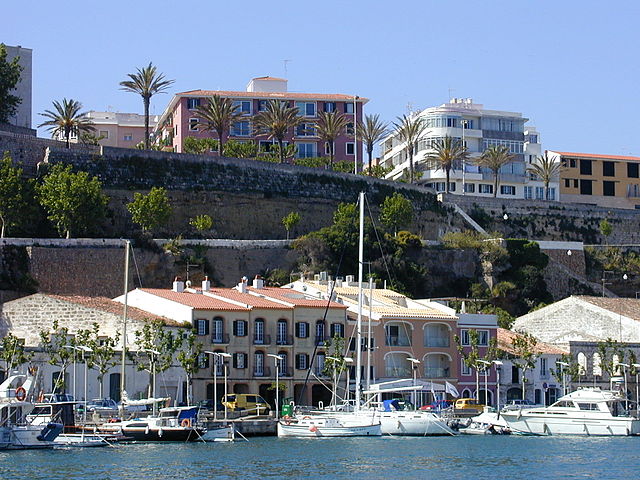 If you want to go to the Balearic Islands and want to go hiking, you are most likely to fly to Mallorca. It is also worthwhile to land a little further east – in Menorca. A historical route leads to the Menorca island.Once you planned for a trip to this magnificent island, you have to plan for 10 days to explore this 185 kilometers beautiful Traveling Destination. Be outdoors, walk and bathe in solitary bays for refreshment. If you do not want to continue by your own, you can book a guided tour with one of the numerous providers. The best walk in time is from April to June and September to early November. 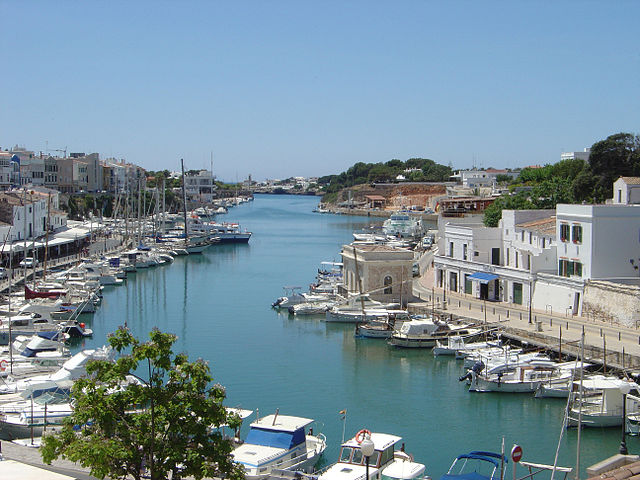 Protest against hotel castles of Menorca

We start our multi-day tour in the Menorca island’s capital Mao and reach the northeast coast. The sea view! The breeze!

Just before the Es Grau beach, Ralf Freiheit leaves the signposted path. The S’Albufera is a natural park. Common cocks, coots, herons, turtles and cormorants are humming along the coastal lagoon. The route to the wetland area, now part of the Unesco biosphere reserve, leads via wooden bridges.

Park Director explains: “Since 1991, around 43 per cent of the entire island has been under the protection of nature, which means that there are fewer construction sites and hotel castles on the coast than in Majorca.” In late seventies, investors were planned to build a huge holiday resort with a luxury hotel and golf course. Civil protests occured on that time prevented this.

Through wild olive groves and cool stone forests the hike continues on the “Camí de Cavalls” after the visit of Natural Park. After a few kilometers, just behind Morella Bay, the coastal landscape at the Cap de Favaritx with its lighthouse abruptly changed.

The Tramuntana winds keep the vegetation barren. Trees? None. Bizarre slate cliffs dominate the landscape. “This Menorca has something magical and is not at all Mediterranean,” my guide exclaimed, who leads a hiking agency with his wife and played a decisive role in the new development of the historic horse trail. In fact, it looks more like Spain’s Galician Atlantic coast. 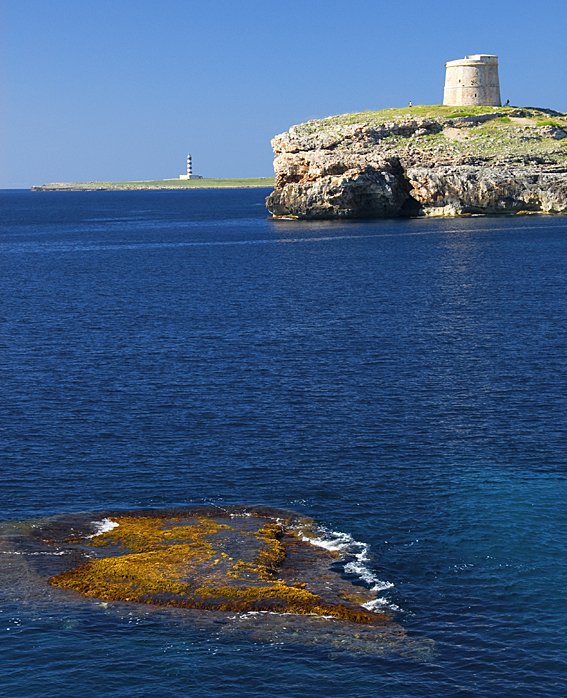 Over fields and pastures we reach the salt pond areas of Mongofra, where salt was mined for centuries. Pinewoods and gigantic agaves line the sandy path. In fishing villages like Fornells charm us with whitewashed houses. The constant up and down through the overgrown dune landscape drives us with sweat beads on our forehead. At the northern tip of the island, at the Cap de Cavallería – the best Traveling Destination, the cliffs rise up to 50 meters, a real breathtaking sight.

A bathing pause is perfect at Cavallería, Binimel-la or maybe in the Pregonda Bay – a perfect Traveling Destination with its bizarre rock formations, behind which the perhaps wildest and most impressive coastal landscape begins on the entire circuit.

Steep it up and down. We run on solitary, sandy-yellow beaches as in the Cala Pilar, and then climb up to 120 meters. “In the late autumn, in the winter, but also just before the beginning of the spring, when the first flowering orchids turn the landscape into a colorful sea of color, it can be really lonely,” says my guide.

Just before the bay of Morell, the path along the Cala d’Algaiarens leads through dense pine forests. It smells like rosemary and chamomile. In the bay is worth visiting an imposing necropolis: rock caves of the Talayot culture, which having the history of 1500 years before Christ. 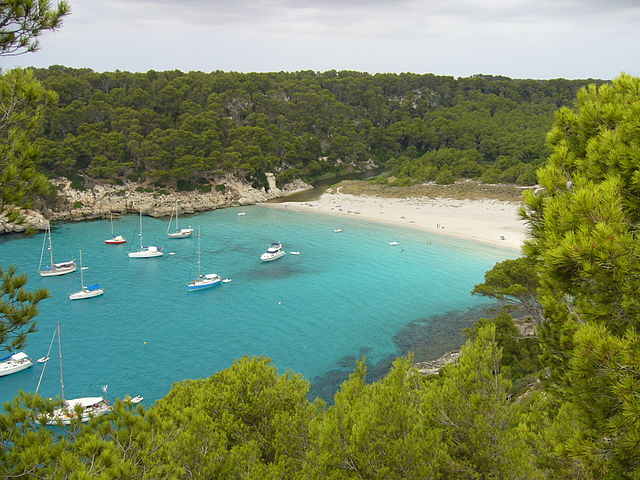 Rest day in Ciutadella, one of the most romantic harbors considered as the best Traveling Destination in the whole of the Mediterranean: high above the port is the lively old town with its Moorish-Spanish buildings, the fortress wall and the towering cathedral from the 13th century.

Here we return to a completely different landscape. The Menorca island becomes flatter. Corn fields and cattle pastures dominate the picture. In the much more touristy south, the route now increasingly leads through residential and holiday settlements. All this is quickly forgotten, however, when one comes back to solitary pine and rocky forests between gorges.

The north of Menorcas thrills with its wild beauty. But in the south are the more beautiful bays: Turqueta, Macarella, Macarelleta, Mitjana, Trebalugar. White beaches with turquoise blue water, surrounded by pine forests.

For those who want to go hiking in one of the bays, you should take a trip to Son Bou, which is only a few kilometers away from the Talayot settlement of Torre d’en Galmes, whose origins date back to 1400 BC. 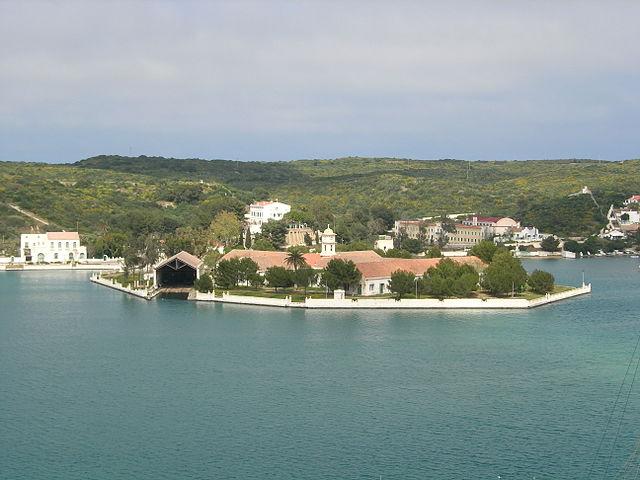 The archaeologist Carmen Lara leads through the prehistoric village. The megalithic complexes, the caves and the three large meeting rooms with huge columns spread out over almost 60,000 square meters. “And we have just dug 25 percent,” says the expert.

This year, the government wants the site to be placed on the Unesco World Cultural Heritage list. Like the prehistoric settlement, the nature of Menorca also hides many secrets. A few of them are discovered during the ten days of the Camí de Cavalls.

A desert of stones, only occasionally a cushion with prickly plants, a few lichen creeping over the rocks. But today there are no animals to be seen, and certainly no man, nothing, nowhere! Only the empty landscape, the leaden sky and the sea. And far behind is the lighthouse of Punta Nati, the north-west corner of Menorca.

Wind drifts across the plain and begins in the stone walls. They shield the meager pastures and a network of finely branched paths. We continued over the coastline and walks around Menorca over a hundred and eighty kilometers from Mao, through the foothills of the port of Fornells, through the Tramuntana and further to Ciutadella, the seaside resorts of the south coast, and then back to the island’s capital. It is one of the most attractive and varied tourist routes in the Mediterranean. 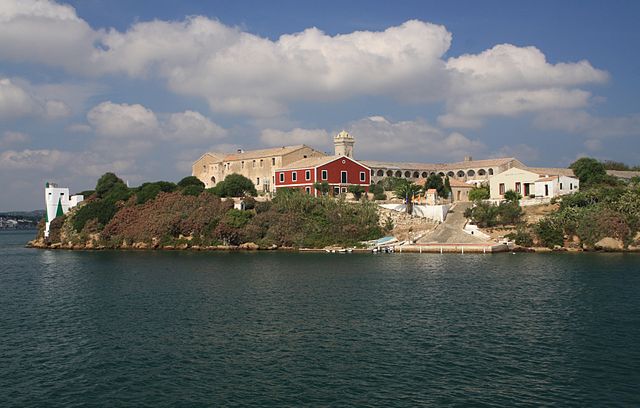 Sweaty and happy at the same time in Menorca

Condition and mood determine the pace of the tour, there are no fixed guidelines or punching points, but a lot of freedom. Although the Monte Toro, the highest mountain of Menorca, lies only modest 357 meters above the sea. Some of the twenty stages, which last between two and five hours, have an amazing high profile and run through several valleys and canyons. This is sweaty and at the same time blissful because new landscapes are opening up behind the rocky promontories.

The lighthouse of Punta Nati is one of the highlights, which explores the north-west of the island. Just before we had reached the bays of Algaiarens, they had crossed fine-grained sand and jumped into turquoise water, then shouldered the backpack and watched the fishermen in the port of Ses Fontanelles. Where the imposing cliffs at the Codolar de Biniatram become the barrier, the Camí leaves the hinterland. Cattle and horses graze on the pastures. Thick bushes with rosemary and chamomile romances the mistral, dwarf palm trees and wild olive trees. The further you advance, the hotter it becomes. In masonry basins like this, the precious rain water was used to pass it into the cisterns.