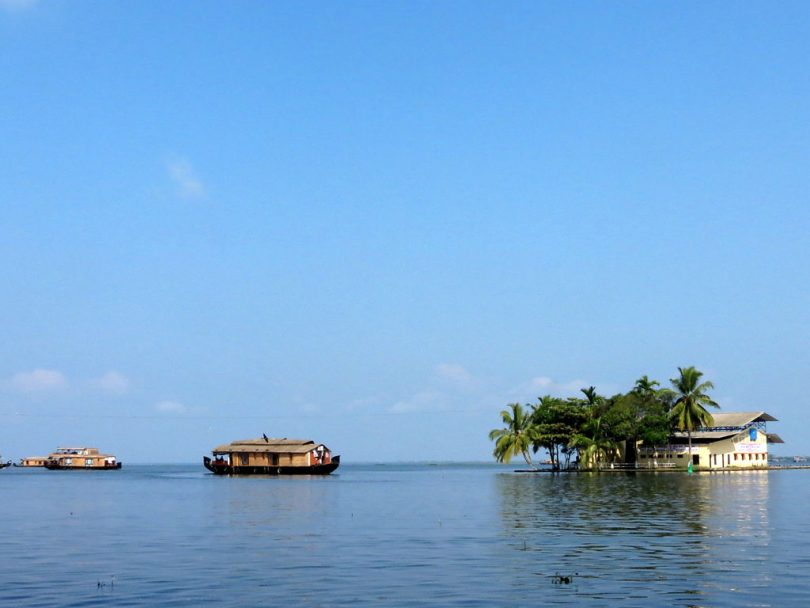 As a peninsula, India has no dearth of beaches and some of them are ranked high in the world such as the Marina beach in Madras, Tamilnadu. In spite of being very hot in the coastal areas, the number of people seen at the beach at any given time of the day is quite large.

However, honeymoon couples and lovers choose to go the beach only late in the evening so as the children.

Here are some of the best beaches in India where one can go for their honeymoon or just for a romantic trip. 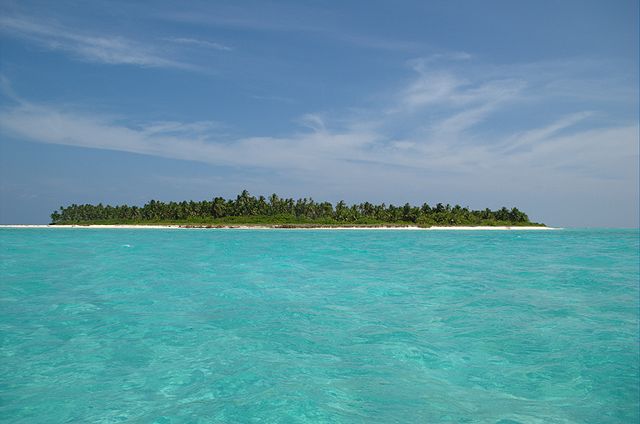 Generally, the beaches in islands are more attractive than the beaches in big cities like Madras or Bombay, Lakshadweep is not a single island but an archipelago. Therefore, there are more options for beach lovers as they can choose to go to a beach that is secluded. I read that not all the islands are inhabited. It is sad that no one is permitted to go to the uninhabited islands.

Lakshadweep is located in the Arabian Sea. It is a part of India as one of its Union Territories. It offers all that one expects in a pristine beaches that are not crowded. The surroundings are pleasing to the eyes.

The setting surrounding the seaside is picture perfect with green palm trees and other plants. Honeymooners can stay in any one of the luxury sea facing cottages and enjoy a comparatively silent night. It must be bliss at nights.

During the early morning before the sun gets too hot, visitors can indulge in water sports like snorkeling, diving or parasailing. 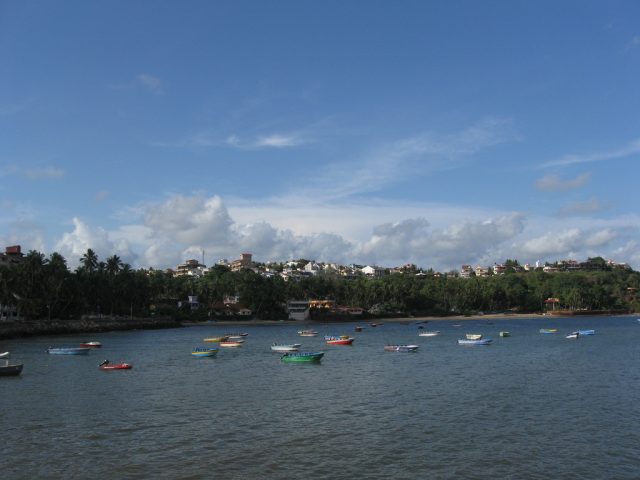 The Goans may not like the fact that I give their beaches the second spot. If only they had seen the Lakshadweep, they would accept my verdict.

I had been to Goa and I would not say the beaches are very beautiful like the beaches in the islands or even Kerala. Nevertheless, the entertainment activities in Goa cannot be compared with any other coastal area in India.

Of course, overall, Goa is beautiful because of the greeneries.

Some of the beaches in Goa are thronged by water sports lovers. The water scooter rides, surfing, and the jet skiing are real fun to take part. The most joyful activity is the Dolphin rides.  Moreover, the abundant booze and the food are loved by the honeymoon couples. 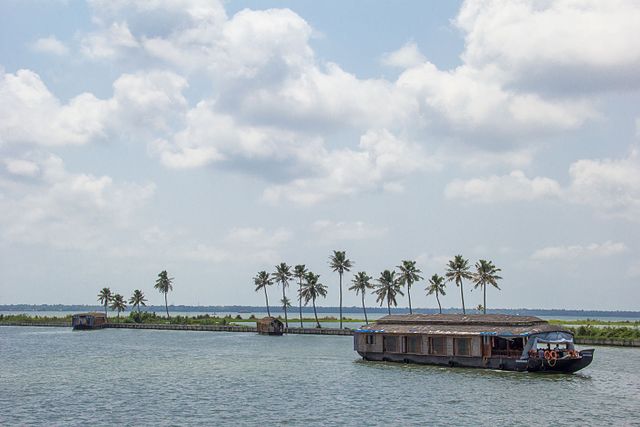 Alleppey is also known in Malayalam as Alappuzha. I think it is a better name than the Anglicized Alleppey. It is located in Kerala, the God’s own country. Apart from the famous houseboats that offer 5-startar luxuries, the most famous water sport is the long snake boat race in the backwaters.

Keralites fondly call Alleppey as the Venice of East, due to the zigzag network of canals and lagoons that are bordered by coconut trees. Of all the seaside towns in the world, Alleppey is endowed with natural beauty. 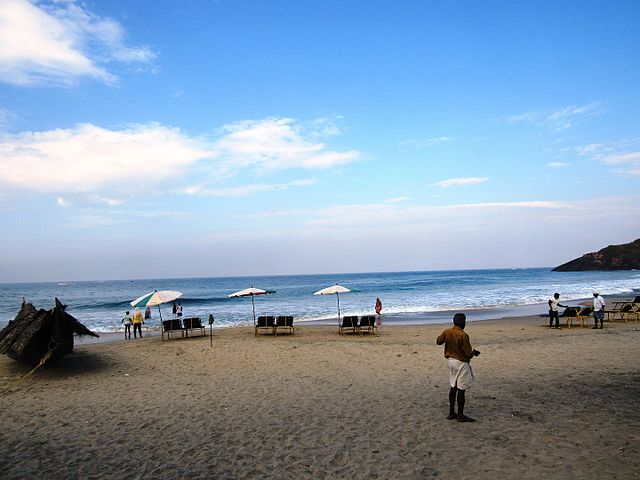 It is also located in Kerala; it is not to be confused with the Kovalam beach in Chennai outskirts. In Chennai, it’s real name is Kovalong.

What makes the Kovalam beach in Kerala as unique is the scenic natural beauty coupled with terrific ambience and great amenities. No wonder it is the preferred destination for honeymoon couples. Pairs and pairs of romance lovers can be spotted sitting under the tall coconut trees, enjoying the calmness of the surroundings.

The beach offers plenty of shade which is another uniqueness of this place.  For adventure loving couples, there is always the sail boat and kayaks. 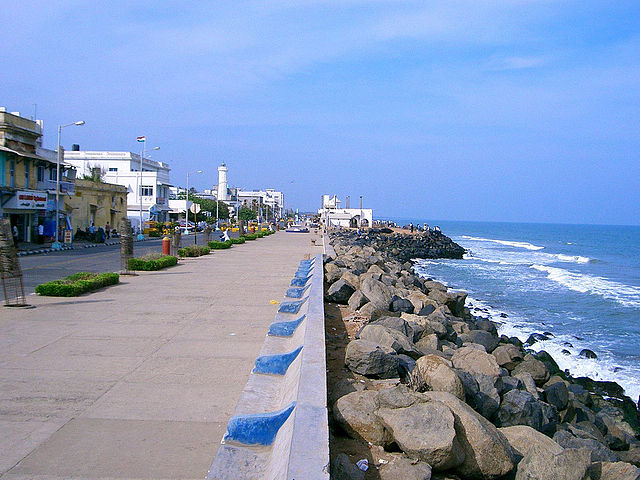 There is no second thought if you hear Pondicherry as one of the romantic spots in India. It was occupied by the French for long and even now, one can see several streets where the French have settled in.

The beaches in Pondy are rather small when compared to its counterpart beaches in Chennai. However, these beaches are not as crowded as Chennai beaches. I have not seen any water sports in Pondicherry beach. I will recommend the Rock beach and the Serenity beach to anyone visiting Pondy. Oh yes, I should add the Paradise beach too; it is a calm beach and you get all kinds of imported liquors here. I read that it can be reached only through a boat. 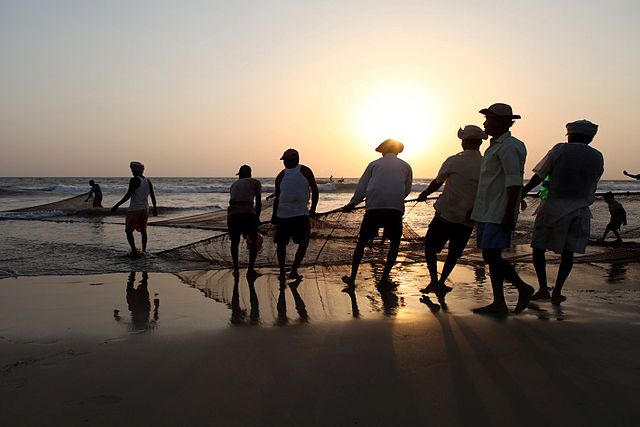 It is reported that the Tarkali is one of the top 10 honeymoon beaches in India. It is not well known to the majority of the Sounth Indians as it is located somewhere in the southern Maharashtra. The exact location is the Malvan area in Sindhudurg district which is actually an islet off the Konkan coast. Scuba diving is very famous sport here. I wonder if the divers catch anything precious from the coral reefs.

Tarkali beach is 8 km long. Wow! That must be a pretty good sight.  It is said to be in a very picturesque background and is near to Goa. 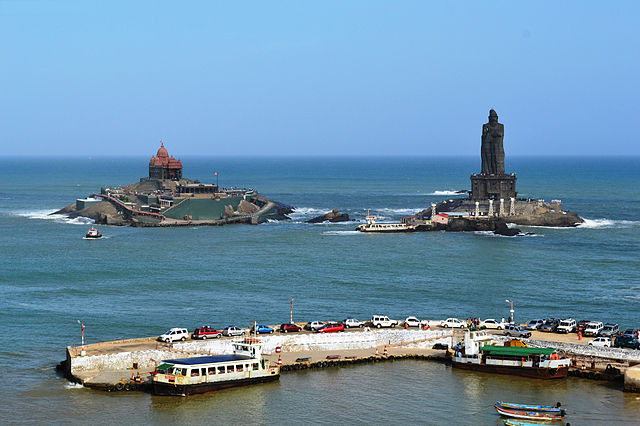 It is located at the tip of India in the south. It is at the confluence of three majestic oceans namely, the Bay of Bengal, the Indian Ocean and the mighty Arabian Sea. Here is a beach where one can collect 5 different colored sands. The most enthralling sight in Kanyakumari beach is one can watch both the sun rise and the sun set without traveling in both the directions.

Boat riding is the only water sports here and a visit to the Vivekanda Rock at distance in the sea is a memorable experience.

I would not call it a very romantic beach because it is crowded throughout the year and the weather is certainly not friendly to indulge in romance.

I would say it is more of a pilgrim place because of the confluence of the three oceans and a dip in the water is said to be holy.

There are some more beaches to be covered such as the Paradeep in Orissa and the stunning beaches in Vizag, Andhra pradesh.

We will pay a visit to them sometime in December when the weather is cool.