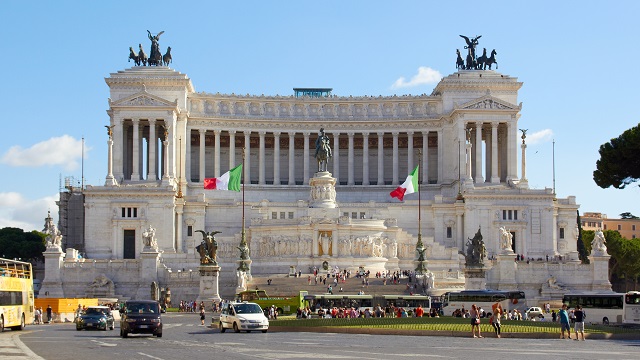 The most difficult question even a seasoned traveler ( I would even include the legendary Columbus) would find it impossible to answer is, “What are all the places to see in Italy?”  Or “What to see in Italy; what are the important must see places in Italy?”

Do you know why it is difficult to list out the top places to visit? Because It is an all-in-one country in the world that has no match.

So, if you are planning to tour, it is very essential to make a list of places to see in Italy. I have done a big help to you and all the future tourists to this country by curating a big list of top must see places in Italy.

Top 20 Places to See in Italy

Italy is one country that you can visit any time of the year. Yes, it is an all-season nation in the world.

Capri is certainly an under-ranked island in Italy but the Italians knew it otherwise. They treat Capri as one of the top places to see in Italy. 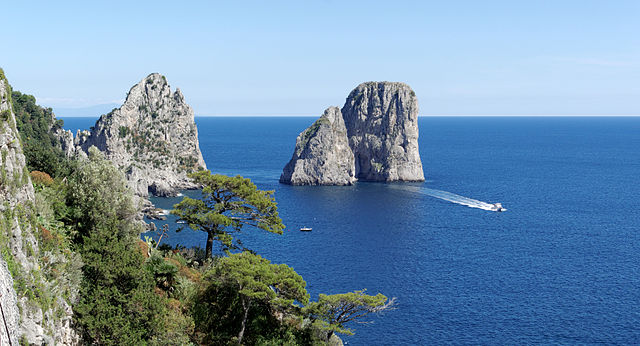 The islands of Italy are surrounded by four romantic seas that include:

Capri Island is located in the Tyrrhenian Sea. 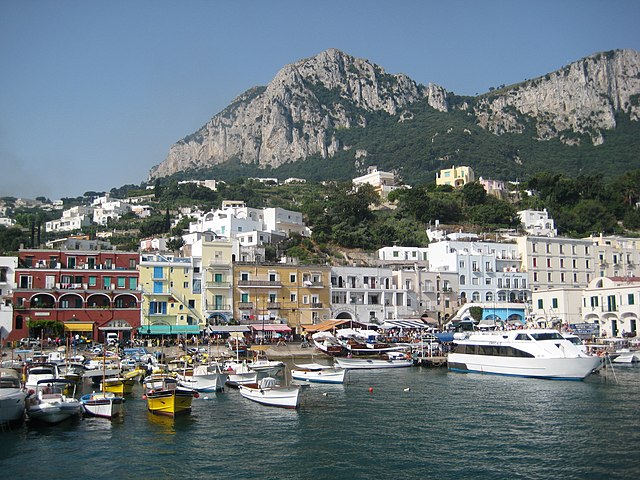 Mount Solaro is an observation platform to appreciate the scenic Tyrrhenian Sea. The peak that stands at nearly 1800 feet is reached by an exciting ride on a chair-lift.

AS your chair is pulled up, the 360-degree view above and below will make you gasp. Unfortunately, you won’t be able to take a selfie as both of your hands will be holding the chair-lift bars tightly. 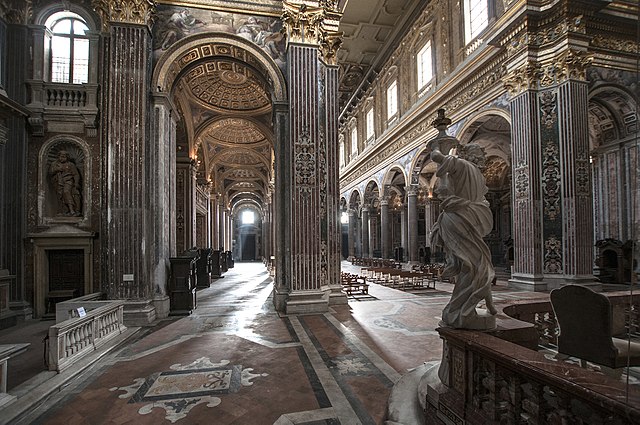 Do you know that Naples is the third-largest city of this country? Naples is an important tourist landmark that is liked by the hot celebrities of Italy, France, and Switzerland.

Many of them own a palatial house or a villa atop a cliff overlooking the sea in the most beautiful residential area called Posillipo. 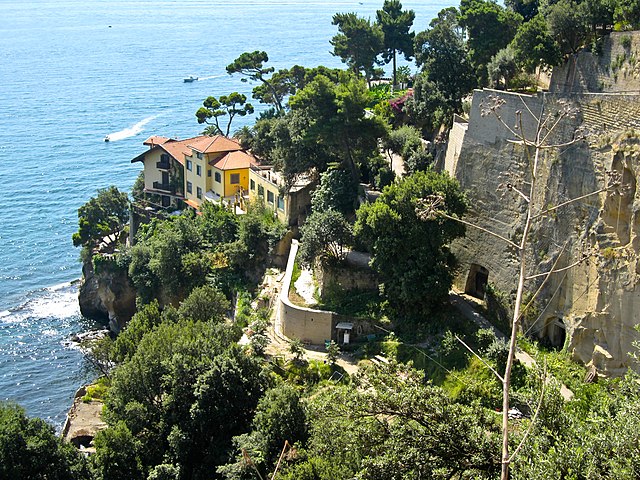 It would be interesting to know that even the legendary Augustus Caesar was once a resident of Posillipo, Naples.

Here is an example of a large villa in Posillipo, Naples; it is perched on a cliff, right above the Gulf of Naples. 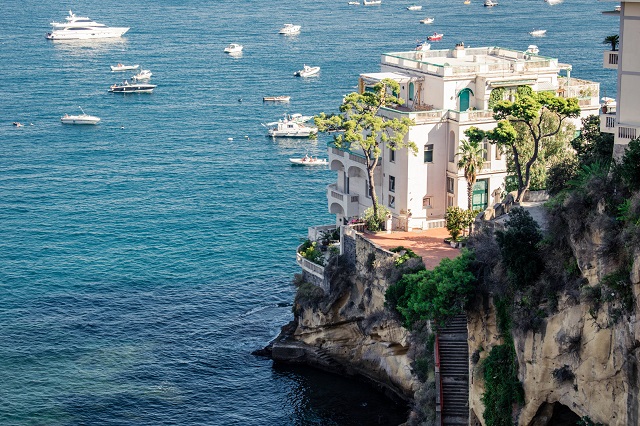 OMG! What a location for a house!

Naples is the capital of Campania, a province.

Mount Vesuvius, is a volcano forming an attractive backdrop to Naples.

Another historic site that one must see in Naples is the ‘Ruins of Pompeii. The city of Pompeii was destroyed to ashes by the Mount Vesuvius volcano sometime during the first century AD. 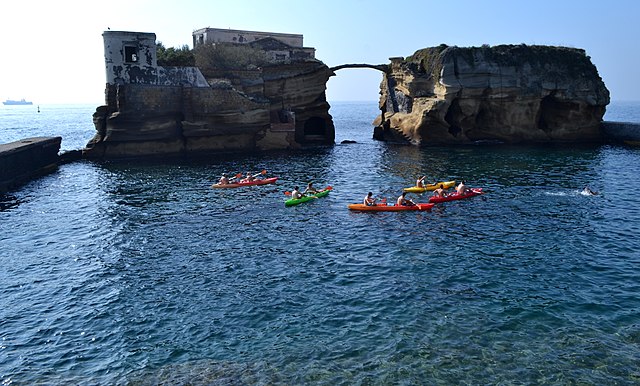 Isn’t it sensational! The Isle of Gaiola is one of the many islands of Naples in the Tyrrhenian Sea. Do you know that this islet is accessible to strong swimmers in the sea? Yes, it’s located very close to Naples’s Posillipo beach. 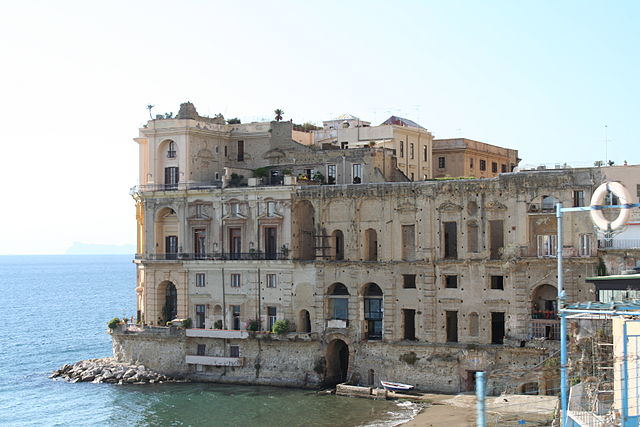 This huge palace is built right on the Tyrrhenian Sea. Obviously, it is one of the most beautiful places to visit in Italy.

I am sure you have not heard of this city called Trento. But, you should go to Trento when you are touring here, because Trento is one of the wealthiest cities in it. Won’t you want to see how a wealthiest city looks like?

Trento, one of the top must see places in Italy is a highly sought-after place to retire because of its high standard of living. Italy’s most prosperous people are already living in Trento, setting up their flourishing business, thus creating jobs for hundreds of Italian.

The city’s center of attraction is the Fiera Piazza.

The tall walls on one side of the public square (place for people watching) suggest it was once a walled city. The mountain that you see at the back of the city is none other than the mighty Alps.

When the snow arrives, the small picturesque town is transformed into a skiing center. When the snow melts away, you will find passionate hikers go on a trekking spree.

Trento city is situated on the border of Slovenia and Switzerland. The Swiss city Zurich is 240 km away from Trento.

Verona is located about 70 km from Trento. It is a wonderful place to see in Italy. 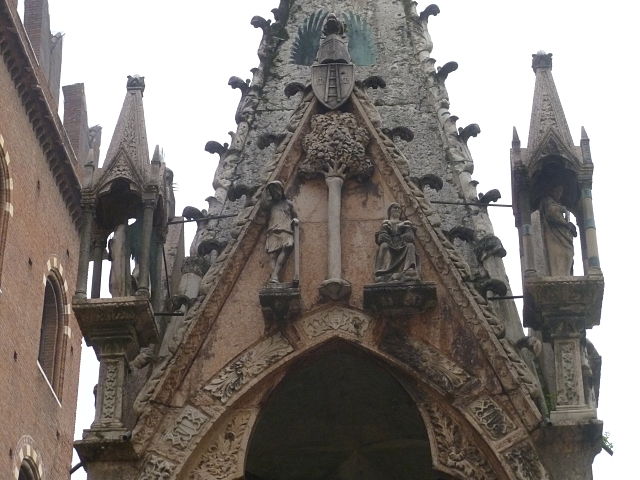 Verona is built on the banks of River Adige that you see in the above picture. When you are touring Repubblica Italiana, you will certainly visit Venice, the floating city. Well, Verona is just 100 km away from Venice.

If you find Venice expensive, you can stay in one of the many resorts in Verona and make a day trip to Venice.

The most beautiful place to see in Verona is Lake Garda.

The Arena, the amphitheater in Verona is another place to see in Verona.

More over, it is an unforgettable building that belongs to the era of the Roman Empire.

See the inside of the Arena below. 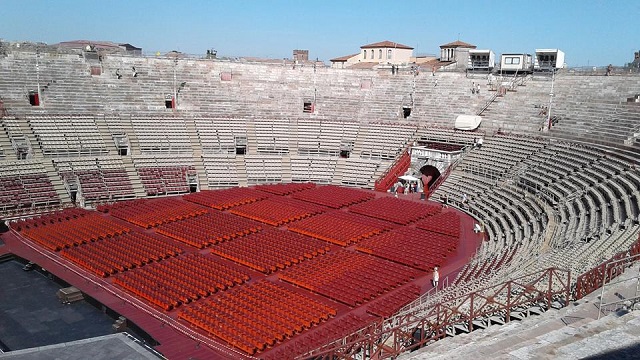 I think it can accommodate more than 15,000 spectators.

Overall, Verona city commands a weekend of your time if you are living anywhere in the country. Since Venice is only  100 km away, you can tour Venice by staying in Verona.

Tuscany’s natural beauty cannot be expressed in words. You have to see it to believe it. I think you might have heard about the popularity of Florence city which incidentally is the capital of Tuscany.

Entire Italy’s culture and traditions evolved in the region of Tuscany.

Do you know Tuscany is Italy’s foremost wine region? The world-famous wine ‘Chianti’ is produced in Tuscany. 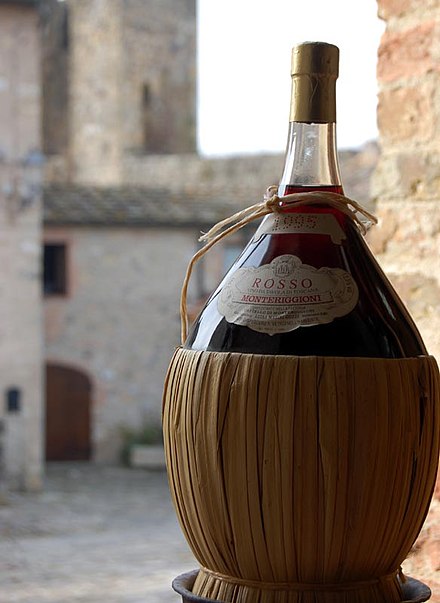 Next to Rome, Tuscany is the second largest tourist place to see in Italy.

The leaning tower of Pisa needs no introduction. It is located in Tuscany. 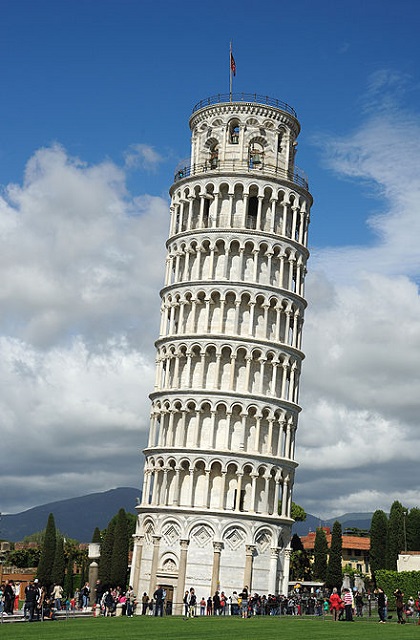 The historic value of Pisa is evident from the three beautiful palaces that exist in the city.

Florence is one of the most beautiful cities in the world. It attracts tourists from all over Europe. Florence is the capital of Tuscany. The foremost tourist landmark in Florence is a medieval palace called “Pitti Palace” with a large public square in front of it.

It is on the banks of the River Arno,  the second-longest river of this country, next to the River Tiber.  The old palace now houses a large museum. Museums are numerous in Italy. I think every big city in this country has more than one museum.

This people-watching place is a UNESCO World Heritage site. 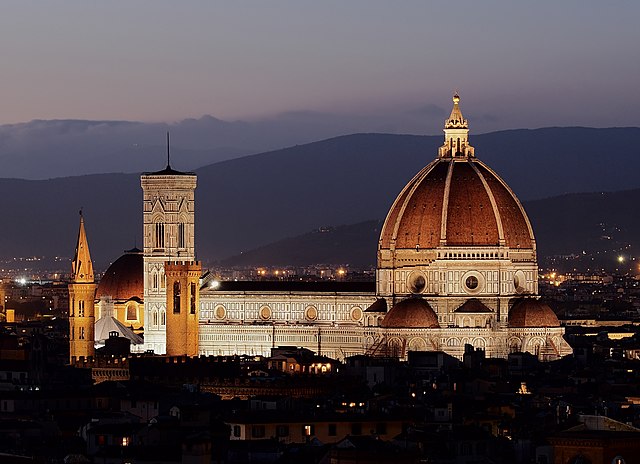 This exquisite cathedral is one of the important must see places in Italy. Christians from various parts of the world undertake a pilgrimage to the churches in Italy and among them, the cathedral of Florence is an important one.

It is a beautiful building located in the heart of Florence city.

Besides, Florence is full of stunning architectural wonders in the forms of churches, palaces, museums, and piazzas. You may need to allocate four days to see all of Florence.

Without visiting Sicily, your travel dreams will never be completed.  Sicily is an island located in the Mediterranean Sea. People visit it for several reasons, Mount Etna is the number one reason for Sicily’s attraction.

Mount Etna is an active volcano with its crater stands at over 10,000 feet! 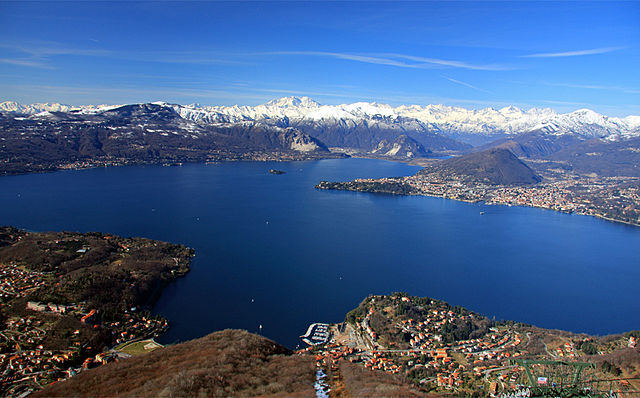 Lake Maggiore is one of the beautiful vacation destination. It is located on the foot of Alps. Some area of the lake spreads into Switzerland.

Since the lake is quite large measuring 65 km by length, there are about ten islands that formed over the centuries. 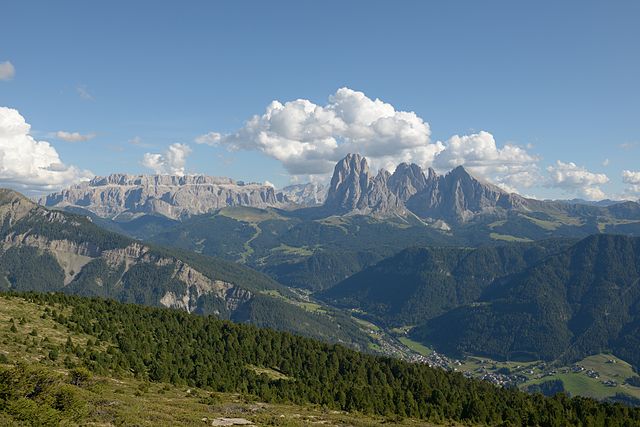 The Dolomites are one of the popular places in Italy. Moreover, they are a mountain range covering much of northern part of it.

The slopes of the Dolomites Mountains receive thick snow during the winter, thus making the place ideal for skiing and as winter holiday destination.

There are several peaks on the mountain range attracting ardent mountaineers throughout the year.

In addition, the Mountain peak called as Cristallo on the Dolomites. 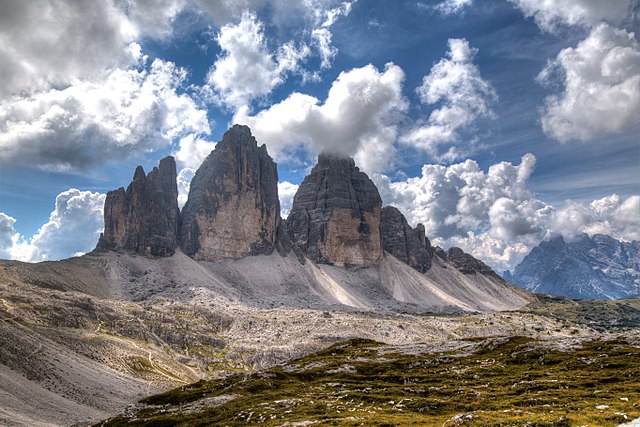 This is a UNESCO site.

Lake Como is located in the Lombardy region. Its depth is the talking point among deep divers. At its deepest point, it is 200 feet below sea level!

The affluent people of this country have built spectacular villas on the shores of Lake Como. However, Some of the villas are misnomered because they look like palaces. 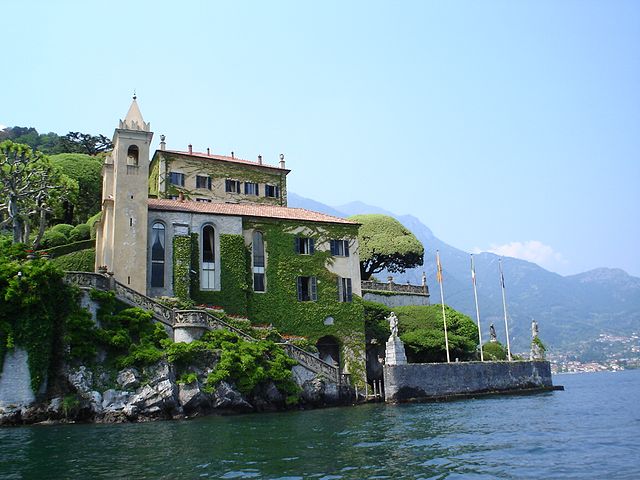 An hour-long ferry ride in Lake Como is an enjoyable experience.

I love to visit these twenty gorgeous places to see in Italy. Besides, My first place of visit would be Lake Como. Where would you go first in Repubblica Italiana?

5 Unusual Places You Need to Visit...